New Delhi: Three Indian firms are racing against time to develop a vaccine for the H1N1 virus that causes swine flu, which has already claimed at least 101 lives in the country.

Serum Institute of India Ltd, Panacea Biotec Ltd and Bharat Biotech International Ltd have been granted licences by the Indian government to create a home-grown vaccine to battle the H1N1 influenza virus. 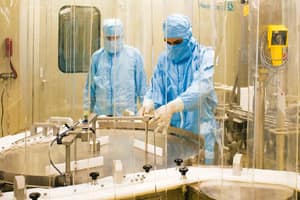 In India, 4,101 people have been infected by the H1N1 virus in addition to the 101 who have died of swine flu, PTI reported on 1 September, quoting health ministry figures.

The World Health Organization on 28 August advised countries in the northern hemisphere to prepare for a second wave of the pandemic. Countries with tropical climates, where the pandemic virus arrived later than elsewhere, also need to prepare for an increasing number of cases, it said.

Of the three firms that are working on the vaccine in India, Pune-based Serum Institute has had a head start because it already had experience working on a vaccine for the H5N1 avian flu virus, according to V.M. Katoch, director general, Indian Council of Medical Research, and head of the government’s vaccine creation effort. “The others, Panacea Biotec and Bharat Biotech, are also on track," he added.

Said Rajesh Jain, joint managing director of New Delhi-based Panacea Biotec: “Of course there’s a lot of pressure, but this is an unprecedented situation. We’ve got a team of 25, working round the clock to deal with it." Panacea hopes to have animal toxicity results by November, after which it will start human clinical trials. “We’re hoping to have the vaccine on the market by the first quarter of 2010," Jain said.

“We hope to start animal testing early next month and have the vaccine in the market in six months," said S.K. Bahl, director, business development, Serum Institute, in an interview in August. Hyderabad-based Bharat Biotech did not respond to queries.

Sensex trades over 300 points higher, Dow futures up by ...

Gold is falling behind; here’s how to play it this fest ...

The cost of developing the vaccine is not likely to be significant. “Most vaccine manufacturers already have the required infrastructure," said Sujay Shetty, a healthcare analyst with consulting firm PricewaterhouseCoopers. “Their monetary investments have probably been less than Rs5 crore. The main costs are manpower and manufacturing."

The companies, however, are seeking some clarifications from the government. “The government needs to give us some commitments on how much of the vaccine they’re going to procure," said Jain. “Alternatively, they should let us sell on the market."

“We are, of course, going ahead with the creation of the vaccine, and the Drugs Controller General of India has been very helpful, but we need some clarity on the fast track clinical trial guidelines. Those still haven’t been formulated," said Bahl. “We’ve formed a committee for laying down the fast track procedures," said Katoch. “In the West, phase II and phase III of clinical trials, which measure the efficacy and side effects, are being clubbed together, but we haven’t created the procedure here."

There are also concerns about compromising safety in the rush to mass-produce the vaccine, particularly since the vaccine is being created from scratch, unlike in Europe and the US, where seasonal flu vaccines are commonly used.

Indian manufacturers are hoping to combine phase I and phase II of the clinical trials that test for dosage and efficacy but healthcare professionals advise caution. “Some parts of the trial can be done in parallel but there really are no short-cuts," said Khanchit Limpakarnjanarat, WHO’s regional adviser. Katoch, however, said, “We’re going to follow all safety procedures rigorously."

But given the urgency of the situation, it seems that a fine balance will have to be struck between safety and the need for a mass immunization campaign. “It’s an emergency and a few small compromises might be required," said Bir Singh of AIIMS.

With around 100 new cases of swine flu being reported from across the country everyday, the pressure on manufacturers is only going to increase. But what is one of the biggest public health challenges of recent times is also a great scientific opportunity and a challenge. It has created a buzz rarely seen in pharmaceutical companies and laboratories.

“The circumstances are very sad, but it’s a great opportunity for our company to grow," said Jain. “Everyone’s come together to work on this vaccine, and they’re all working overtime. For the first time, I find that I don’t have to chase my employees at all; for me, it’s effortless excitement."