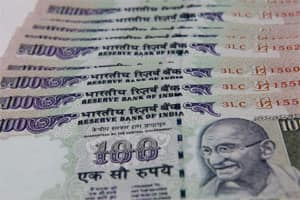 In the typical 2/20 PE fee structure, investors in a PE fund, known as limited partners, or LPs, pay 2% of the committed capital to the fund manager to run the firm and 20% of the money returned above the capital as an incentive, known as carry. This structure is being changed to 2/16 or lower as PE funds settle for a smaller share of profits.

“Many fund managers are playing around with the carry structure to make it more attractive for investors, especially first-time managers," said Wen Tan, managing partner at Squadron Capital Advisors Pvt. Ltd, an LP that has backed Indian fund managers.

This takes the form of a lower share of the carry or a higher hurdle rate.

Hurdle rate is the minimum return an LP earns, or the threshold limit a fund manager has to cross to earn his share of the profit. In other words, a higher hurdle rate means fund managers will ensure the minimum rate of return to LPs is high.

“It will be an ongoing trend for Indian GPs given the increasing competition for capital," said Tan.

At least 60 India-based PE firms are on road to raise at least $13 billion (around 63,700 crore), according to VCCEdge, the financial research platform of VCCircle, which tracks the venture capital and PE industry.

“The 2/20 model will evolve," said Ajay Relan, founder and managing partner, CX Partners, which manages a $500 million fund. “When we started raising our fund, we gave our anchor investors a carry break of 2:16," said Relan.

Fee structures will be tailor-made for investors based on the size, strategy and type of the funds, he said.

“There could be special terms for anchor investors as they are the ones who invest in the fund first," said Renuka Ramnath, managing director and chief executive of Multiples Alternate Asset Management, which manages a $450 million fund.

“We have raised money from domestic investors and they are used to higher hurdle rates because they invest in fixed income assets which have hurdle rates of 10%," said Sandeep Aneja, founder and managing director, Kaizen Management Advisors Ltd, which manages an education-focused fund. “Why would they invest in equity at a hurdle rate lower than that?"

According to Aneja, the fee structure is changing as many funds are doing more than typical PE deals.

Yet another factor that will lead to a change in the fee model is what are known as private investment in public entreprises, or PIPE funds, raised to invest in public companies alone.

In PIPE funds, a 2% fee is not needed to run the firm as the manager does not need much analytical support or diligence to invest in a public company. “In that case, a 1.5% fee could be settled upon," said Relan.

So far this year, $529 million have been invested in PIPE deals, compared with $522 million in 2010, according to VCCEdge.

Also, as fund sizes increase, the management fee will decrease as managers will be able to run the fund on the basis of money earned from previous funds. The fund-raising environment has become challenging as LPs have turned cautious and are laying down tougher terms for investment, even looking into areas like the team composition of PE funds.

Economic factors like high inflation, rising interest rates, volatile stock markets and governance issues that have rocked many Indian firms have led to a decline in the expectations of LPs. Typically, PE firms look to make a return of 25% on their investments. The regulatory environment is also making fund-raising difficult.

“Unnecessary regulations are making the market even less attractive in the global competition for capital," said Tan of Squadron Capital. “For example, the banning of the put option as an exit clause will have negative implications on the attractiveness of the Indian PE market, and there is additional regulatory uncertainty—as least for domestic funds—now since Sebi (Securities and Exchange Board of India) has come out with AIF (alternative investment fund) regulations."

PE funds and other foreign investors will not be able to exit their investments through a so-called put or buyback option as regulators are finding such arrangements legally invalid. The department of industrial policy and promotion (DIPP) in its second semi-annual circular on foreign investment policy on 1 October banned this option.

DIPP prescribed that only equity shares, convertible debentures and preference shares with no inbuilt options will qualify as eligible instruments for foreign direct investment.

In August, Sebi proposed bringing PE, VC, PIPE, strategy and social sector funds under an omnibus alternative investment regulation. The objective is to help fledgling firms and eliminate systemic risks for investments of rich individuals in privately managed funds. Investors say Sebi’s plan to bring them under one regulation could restrict the investment flexibility of PE funds.

“...Today there are also a lot more Indian GPs in the market chasing after the same pot" even as foreign capital inflows are slowing, said Tan.