Steel Authority Q1 net rises 20% but may not sustain growth

Steel Authority Q1 net rises 20% but may not sustain growth

Earnings growth may slow for the remainder of the year as costs climb to records and the government extends a three-month freeze on steel prices to tame the fastest inflation in 13 years. 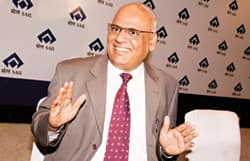 “Profit growth will dip if the government asks steel makers to extend the price freeze," Rakesh Arora, analyst at Macquarie Group in Mumbai, said before earnings were announced. He has an “outperform" rating on the steel maker.

Global steel makers agreed to a threefold gain in benchmark annual coking coal prices in April after conceding at least a 65% jump in the cost of iron ore. Contract prices of iron ore have increased for a sixth successive year.

While SAIL mines its own iron ore, it imports 13 million tonnes (mt), or two-thirds of its coal requirements.

Asia’s biggest steel makers including Nippon Steel Corp., JFE Holdings Inc. and Posco have been able to raise prices this year at the same time as Indian mills have agreed to price cuts.

“We will have tremendous cost pressures to contend with in the coming quarters," Roongta said.

The government in May persuaded producers to lower prices by Rs4,000 a tonne, or 10%, and asked them to hold the rates for three months.

The cut followed a 5% reduction on 3 April and one in February.

SAIL raised sales 10% to 2.62mt and cut energy consumption 5% to counter the price freeze. Metal sales included a record 1mt of high-grade steels such as electrode-quality wire rods and tracks for the railways, the company said.

“The company will need to raise prices by at least Rs6,500 a tonne to maintain profit margin," said Bharath S., an analyst at Sundaram BNP Paribas Mutual Fund in India. The fund sold 12,602 SAIL shares in June, according to data with Bloomberg.

SAIL will decide on prices in the first week of August, Roongta said, without providing details.

B. Muthuraman, managing director of Tata Steel Ltd, India’s biggest producer, said on 16 July there’s “every justification" in raising prices. Tata is due to report earnings on 31 July.

Shares in SAIL gained 2.36% to Rs125.65 on the Bombay Stock Exchange. The stock has plunged 56% since January and is the fourth worst performer on India’s S&P CNX Nifty Index of 50 companies in the period.

Profit lagged behind the Rs2,200 crore median estimate of seven analysts surveyed by Bloomberg as some stock brokerages failed to anticipate the extent of the increase in the wage bill, Bharath said. He had forecast a profit of Rs2,070 crore.