Mumbai: Retailer Shoppers Stop Ltd reported an increase in its consolidated net loss to ₹ 11 crore from a loss of ₹ 1.5 crore a year ago for the three months ended June, missing analyst expectations on the back of slowing economic growth and weak consumer sentiment.

Bloomberg had estimated a profit of ₹ 4.4 crore. The loss was primarily due to the poor standalone performance of the Shoppers Stop department store chain. Its net profit fell 95.7% to ₹ 50 lakh from ₹ 11.7 crore in the year-ago quarter. Shoppers Stop contributes 67.54% of the group’s overall revenue. 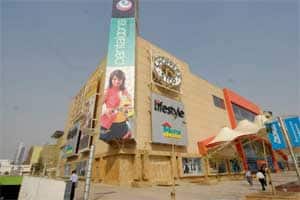 As consumers tightened their purse strings due to global uncertainties and a slowdown in the Indian economy, same-store sales for Shoppers Stop grew 1%. This is a measure of growth based on sales in stores that have been open for at least a year.

Volume growth at HyperCity was driven by food sales. Overall sales were up 15% at HyperCity and like-to-like sales growth was 7%. The loss-making subsidiary with 12 stores also had a margin growth of 1% as the company increased its focus on fashion, a higher-margin business.

Equity analyst Abhishek Ranganathan of MF Global Sify Securities India Pvt. Ltd said the earnings were below estimates. “Even the margins have been below expectations as the new stores are taking time to ramp up," said Ranganathan. Operating profit margin narrowed from 6% to 3.6% year-on-year (y-o-y).

In the first quarter, the retailer added two Shoppers Stop stores, three MAC stores, one Clinique store and one Mothercare store. In addition to these, the company opened four new Crossword stores and closed seven stores taking the total count to 81.