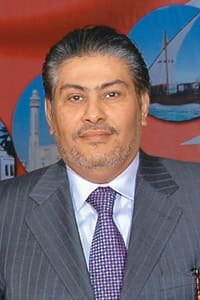 Trad said this would mean either a new refinery or a partnership with refineries “that have an outlet to the distribution side".

The Saudi national oil company is the source of 23% of the crude oil imported by India, which depends on overseas supplies to meet 80% of its energy requirements. India, the world’s fifth largest oil importer, has been calling for cross-investments in energy markets to promote shared interest of energy producers and consumers.

Trad said Saudi Aramco plans to enter India’s oil marketing sector as well, but a company spokesperson said in an email that no information was available on this.

“The consensus which is required for deregulation (of prices) is missing."

State-owned refiners’ losses from selling fuel at government-mandated prices are estimated at Rs43,000 crore in the current fiscal year. On Wednesday, petroleum minister Murli Deora said the cabinet would shortly consider a proposal to overturn price controls on petrol and diesel, based on recommendations by a committee headed by former Planning Commission member Kirit Parikh.

Aramco Overseas Co., a subsidiary of Saudi Aramco, has already set up an office in India for manufacturing and contracting material for its parent firm.

The Indian government is seeking Saudi Arabia’s participation in grassroots refinery projects that are coming up in the country, Mint had reported on 3 May 2007.

Saudi Aramco has proven reserves of 260 billion barrels of crude oil and 263 trillion cu. ft of gas. It is the world’s biggest oil exporter and has a presence in the refining and marketing sectors in the US, Japan, China and South Korea.

India has already emerged as a major Asian refining hub, with an installed capacity of 177.97 million tonnes per annum (mtpa) through 19 refineries, and is exporting petroleum products worth $25 billion (around Rs1.2 trillion) a year. It is aiming for a refining capacity of 255.78 mtpa by 2012.