Thanks for Visiting Mint
You seem to have an Ad Blocker on. Please turn it off in order to continue, or whitelist Mint
HOW TO TURN OFF AD BLOCKER
OR
REFRESH IF YOU ALREADY TURNED OFF THE AD BLOCKER
Home >Companies >Infotel to set up ₹3,300 crore facility at Bangalore

Infotel to set up ₹3,300 crore facility at Bangalore

Infotel to set up ₹3,300 crore facility at Bangalore

Bangalore: Reliance Industries Ltd subsidiary Infotel Broadband Ltd signed an in-principle agreement with the Karnataka government on Friday to set up a facility at the upcoming Devanahalli information technology (IT) park. The facility, spread over 36 acres, will entail an investment of ₹ 3,300 crore by the firm. 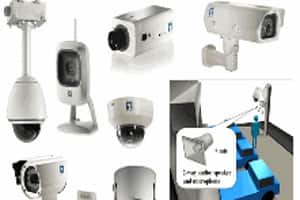 Infotel Broadband has a pan-India broadband wireless access (BWA) license to offer 4G services across the country. The company has announced that it plans to set up 100,000 telecom towers for its 4G operations in the next three years.

Information technology firms Infosys Ltd and Wipro Ltd also signed MoUs with the Karnataka government to set up special economic zones (SEZs) near Bangalore. Infosys will set up an SEZ over 60 acres of land at Devanahalli near the Bangalore International Airport. The project cost is estimated to be ₹ 595 crore.

Wipro will set up a SEZ worth ₹ 461 crore in the Sarjapur area over 35 acres. Wipro is already in possession of the land and no land will be acquired for setting up the SEZ.

The Karnataka government also announced plans to set up an on-demand innovation centre for entrepreneurs and startups.

“A startup or a budding entrepreneur can come to this institution to manufacture a particular device. We should be in a position to provide a prototype in a few months", said M N Vidyashankar, principal secretary for commerce & industries, IT, BT, and science & technology. BT is short for biotechnology.

The institute will be professionally run, and will not involve bureaucrats, Vidyashankar said.

The details of the institute are being fleshed out by a headed by Infosys vice chairman Kris Gopalakrishnan. The facility will come up at Muddenahalli, the birthplace of the late M Visvesvaraya, the eminent engineer, scholar and statesman.