Kingfisher, which was once India’s second largest carrier by passengers, recorded a market share of 14%, ahead only of budget carrier Go Airlines, during the month. 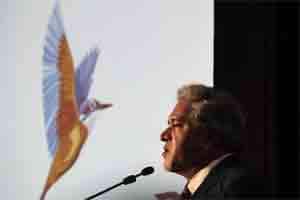 The country’s largest airline, Jet Airways, including its unit JetLite, had the largest market share of 27.1%, followed by budget carrier IndiGo with 19.8% and Air India with a 17.4%, the data showed.

Kingfisher chairman Vijay Mallya said last month that Kingfisher stopped flying on heavily loss-making routes, and the carrier had also grounded some aircraft for fleet reconfiguration after the airline decided to discontinue its low-cost business.

Debt-laden Kingfisher is scouting for funds and is negotiating with its lenders for ₹ 7 billion ($132.6 million) of working capital.

The airline aims to cut debt to ₹ 37 billion through sale and lease-back of aircraft, sale of a property in Mumbai and conversion of rupee loans into foreign loans at a lower interest rate.

That growth has failed to translate into profits for India’s airline industry, where all the major carriers except IndiGo are loss-making, hit by high jet fuel costs and an inability to raise fares in a cut-throat market.

The Centre for Asia Pacific Aviation (CAPA) has forecast a record $2.5 billion to $3 billion loss for Indian airlines for the fiscal year ending March 2012, with state-run Air India alone likely to account for more than half of it.