Thanks for Visiting Mint
You seem to have an Ad Blocker on. Please turn it off in order to continue, or whitelist Mint
HOW TO TURN OFF AD BLOCKER
OR
REFRESH IF YOU ALREADY TURNED OFF THE AD BLOCKER
Home >Companies >Container terminal developer misses financial closure deadline

Bangalore: Ennore Port Ltd in Tamil Nadu will decide the next step after a consortium led by Spanish port operator Grup Maritim TCB SL missed the 30 April deadline set by the Union government-controlled port to tie up funds for developing a Rs1,407 crore container loading facility, the project awarded to it in August 2010. 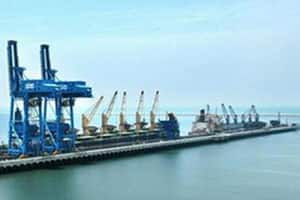 A spokesperson for the consortium said that it was “confident of achieving financial closure soon" for the project.

“We will discuss the issue at the next board meeting of the port," said Rakesh Srivastava, a joint secretary in the Union shipping ministry, who also sits on the board of Ennore Port Ltd.

The entity winning a cargo-handling contract at a Union government-controlled port has to arrange funds for the project within 180 days of signing the concession agreement, according to the model concession pact for public-private partnership projects finalized by the government in 2007.

A concession agreement is a document that sets out the terms and conditions of the contract and puts the project in motion.

A failure to arrange funds within the stipulated time will be construed as default and could lead to termination of the agreement. The port authority can encash the bid security if the termination is due to failure of the selected bidder to comply with the bid conditions, according to the model concession agreement.

The consortium led by Grup TCB had won the rights in 2010 in a public auction to develop and operate the facility.

The consortium that includes Obrascon Huarte Lain SA, Lanco Infratech Ltd and Eredene Capital Plc had quoted a revenue share price bid of 39.999% to win the deal. Port tenders are decided on the basis of revenue share—the bidder willing to share the most from its annual revenue with the government-owned port gets the contract.

“We have given the consortium time up to 30 April to tie-up funds for the project. We will decide the next course of action once we come to know what is the status," said Sanjay Kumar, director of operations at Ennore Port Ltd. He is also a member of the port’s board.

According to the original time line, the new terminal is slated to open in 2013. The delay in arranging funds would mean that the promoters will have to complete the construction within a shorter time-frame and this could be difficult.

An executive with a Mumbai-based infrastructure consulting firm said that the project will incur cash losses in the first few years and the developer may not be able to repay the debt. The delay in implementation has also escalated the project cost to Rs1,550 crore, impacting revenue generation and, in turn, the ability of promoters to repay loans, he said.