Mumbai: Suzlon Energy Ltd, India’s biggest maker of wind turbines, announced on Thursday that it will sell 35% stake in Hansen Transmissions International NV. It is expected to use the proceeds to pay off part of its Rs13,500 crore debt. 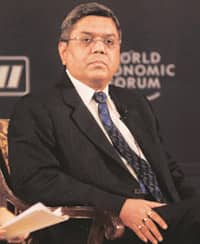 The sale of a stake in Hansen may help the Ahmedabad-based Suzlon raise about $550 million (Rs2,546.50 crore), according to Abhineet Anand, a Mumbai-based analyst with Antique Stock Broking Ltd. Suzlon, which bought Hansen in 2006, is reducing debt incurred over the past two years to acquire 91% of Hamburg-based Repower Systems AG.

“This is a positive development," said Bhargav Buddhadev, an analyst who tracks Suzlon at investment bank Noble GP. “The debt will be pared and Suzlon after the sale will continue to have a say in the Hansen board."

Bank of America Merrill Lynch and Morgan Stanley are the book runners for the deal, which is expected to close by late evening London time on Thursday. Suzlon officials declined to comment as the transaction is yet to be completed.

After this stake sale, Suzlon will have to comply with a 180-day lock-in period, during which it cannot sell any more Hansen shares. In January this year, Suzlon had sold 10% of Hansen to Ecofin Ltd, a London-based private equity firm that invests in renewable energy businesses. After the sale, Suzlon will continue to hold 26% of Hansen.

Suzlon, controlled by Indian billionaire Tulsi Tanti, scrapped a rights offer last year when the markets tumbled and said this June that it may sell all or part of its stake in Hansen to cut debt.

“It’s not a surprise," said an analyst at a foreign brokerage, who spoke on condition of anonymity. He added that the move would reduce at least 15% of Suzlon’s debt.

He also said Suzlon management will not face any short-term pressure on debt covenants after the sale. “The entire focus will move away from the stretched balance sheet to its ability to procure orders for wind turbines," he said.

Tanti’s move is in line with a series of initiatives he has taken to pare Suzlon’s debt, including selling a portion of his family’s stake in the firm and pledging stake to reassure lenders.

Suzlon, which embarked on an aggressive expansion programme after its Hansen acquisition, had planned to hike capacity for gearboxes from 3300MW to 14,300MW by 2012, with new factories in India and China.