Proxy advisory firms give a boost to shareholder activism

Proxy advisory firms give a boost to shareholder activism

Mumbai: For the last 27 years, Tamal Kumar Mazumdar has been attending the annual general meetings (AGMs). In the last 10 years, he has begun travelling from his hometown Kolkata to Mumbai and Delhi to be in the shareholder meets of some of the 120-odd listed companies in which he holds shares.

Prior to these meetings, Mazumdar, 47 and an independent financial analyst, spends weeks poring over annual reports. He often ends up as the lone dissenting voice in the large auditoriums that typically host these meetings when he corners managements and opposes any company resolution he is not convinced about.

Company executives are often impatient and fellow shareholders tend to sneer at him, Mazumdar said. “I have often been shown the watch—that my 3 minutes are over—even as others have recited poetry for almost 15 minutes," Mazumdar said. He was mentally prepared to go through the same routine on 7 June when he attended the 38th AGM of Reliance Industries Ltd (RIL), India’s third biggest company by market value. 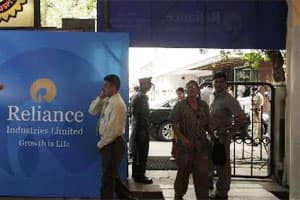 So what was different this time? Unknown to Mazumdar, a fledgling 12-member outfit called Institutional Investor Advisory Services (IIAS) had planted a red flag three days before the AGM on 4 June, protesting the 35-year-long tenure that RIL’s auditors have had and advised shareholders to vote against their reappointment.

What’s driving the recent spurt in shareholder activism? Is it just a souring economy or something else? Mint’s conglomerates editor Bhuma Srivastava gives her analysis.

Similarly, on 5 June, IIAS had come out with a report suggesting that shareholders of Infosys Ltd, India’s second biggest computer services company, vote against the reappointment of its auditors. The Infosys AGM was held on 9 June in Bangalore, where its shareholders questioned low dividend payments and high levels of cash lying uninvested.

To be sure, RIL and Infosys received shareholder approval for all their resolutions, as they had done in past years. But the questioning at their respective AGMs did hail a trend of shareholder activism not being restricted to lone rangers like Mazumdar or investor-activist and politician Kirit Somaiya.

India is now witnessing a brand of shareholder activism, albeit nascent, led by proxy advisory firms, which is more structured, sophisticated and analytical. These firms are providing a service that clients are willing to pay for.

IIAS was founded less than a year ago by Amit Tandon, who quit as the managing director of Fitch Ratings India Pvt. Ltd and Anil Singhvi, who was vice-chairman of Anil Ambani’s Reliance Natural Resources Ltd. The inspiration to form InGovern came from a “very, very innocuous" paragraph in guidelines introduced by the Securities and Exchange Board of India (Sebi) that required all mutual funds to report details of their voting in company resolutions annually, said Subramanian, who was browsing news online on a March afternoon in 2010. The regulatory tweak created a viable business model overnight.

“It immediately struck me that introduction of N-PX (a form) in 2003 by the Securities and Exchange Commission for such a reporting requirement had led to an explosion of proxy advisory firms in US. I saw a gap here (in India)," he said.

In the last two years, InGovern has published its voting recommendations for about 500 shareholder meetings that dealt with proposals for restructuring, mergers and reappointment of directors, among other issues.

IIAS has been around for a shorter span, but is undertaking some specific tasks, too, besides sending out voting recommendations.

Azko Nobel’s resolution barely scraped through as two key shareholders abstained. Escorts’ proposal received the “requisite majority" (75% of the votes are needed for a special resolution), the company informed stock exchanges, but it didn’t disclose details of the shares cast for or against and how each institutional investor voted.

Both IIAS and InGovern had also flagged off an inordinately higher debt being pushed onto the new entity Sesa Sterlite and losses associated with Vedanta Aluminium Ltd after a proposed restructuring by its parent Vedanta Resources Plc., but differed in their voting prescriptions. Vedanta’s restructuring received approval on 25 June, but many investor votes were declared “invalid". A Vedanta spokesperson did not respond to emailed queries by print time.

“Everybody is supportive of an idea whose time has come," said Subramanian, recalling the initial days of InGovern against the backdrop of irregularities discovered in the organization of the Commonwealth Games, the allocation of 2G spectrum and licences, and other cases of malfeasance.

He recalled that last year, when they wrote to companies and clients, they were asked who they were. “Now they reply to us. It is in their best interest to do so," he said.

“One US-based fund wants us to attend AGMs and send reports...another fund is seeking our help in putting together its voting guidelines. We customize services too. For instance, a ‘green fund’ may want to be informed about the parameters on which it should judge a stock," said Tandon of IIAS.

Another factor that is helping organized shareholder activism are expectations from the minority shareholders that global corporate governance practices will reach India sometime.

While both IIAS and InGovern declined to comment on client specifics, companies are warming up to the idea of enlisting the services of proxy advisors—a trend well-established in developed countries. In the US, for instance, proxy advisor- heavyweight Institutional Shareholder Services is said to have advised holders of half of the common stock in the world in 2010.

“We have been interacting with them (proxy advisors) informally. We are a large fund house and able to do this (research) in-house. If a fund house doesn’t have resources, they may employ the services of such proxy firms," said Sunil Singhania, head (equities) in Reliance Capital Asset Management Ltd, adding that this was “definitely a place where institutions can rally around".

“As the (mutual fund) industry (in India) grows, we could see increased shareholder activism in the future and the arrival of home-grown advisory firms is an indication of the growing importance of corporate governance," said Sukumar Rajah, managing director, Asian equities, at Franklin Templeton Investments, which appoints proxies and has a separate department that researched the agenda items.

Of course, shareholders still have a long way to go, especially because many Indian promoters hold a substantial stake in the companies they run, leaving very little elbow room for minority owners to effect significant change. Still, they are being heard.

Even in the US, proxy advisory firms are facing some amount of backlash and lobbying by corporate entities, said Subramanian.

“It is naïve to assume we wield that kind of power and influence as yet," said Subramanian.

That’s because the phenomenon of professional shareholder activism is still in its infancy in India. “I have a few Marwari neighbours," Subramanian explains. “They tell me it takes 1,000 days to get over the major hump (in a new business). I have completed 730 (days) so far."

A Sebi clause could give more clients and more heft to proxy advisory firms. The market regulator has given listed private sector companies time till June 2013 to have a minimum public shareholding of 25%—which in effect caps promoter holdings at 75%, the minimum level of votes a company needs to push a special resolution through.

Some concede that the whole model could be driven by the bearish market that’s prevailing now. Others disagree.

Tandon says his firm gets a lot more traction for its reports that recommend voting “against" compared to those supporting a company resolution. “We recommended voting for the Shriram Transport (Finance Co. Ltd) proposal. No one picked it up. The other proxy advisory firm suggested voting against and it was picked up." Shriram Transport Finance shareholders were voting on a resolution seeking to merge privately held promoter arm Shriram Holdings Madras Pvt. Ltd with itself.

Subramanian said investors did tend to look more for corporate governance research when the times are bad. But “even in the good times, making profits is not the same as sustainability of business. Value can be destroyed overnight even in good times," he said.

Kolkata investor Mazumdar recalls being told in an AGM that he could sell the company’s shares if he didn’t like the firm. With the advent of proxy firms, he is at least not alone in pitching for minority shareholders.

Kayezad Adajania contributed to this story.

This is the first in a two-part series.