Bangalore: After almost entirely focusing on software development for 14 years, during which it acted as a competency centre for its parent, €23 billion (Rs1.29 trillion) Royal Philips Electronics, the Philips Innovation Campus (PIC) in Bangalore is now turning to designing and developing new products for the Indian market and even thinking “out-of-the-Philips-box". 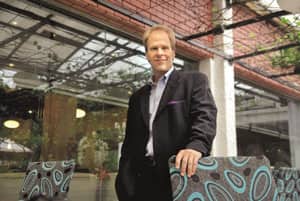 Philips and other medical technology companies are embarking on a journey on which their competitor General Electric Co. has already covered some ground, say analysts.

Global technologies cannot be superimposed on India; companies will have to treat the Indian market differently, said Muralidharan Nair, partner, life sciences practice, Ernst and Young. “Philips seems to be on the right track, but they also need to aggressively execute it."

Nair thinks Philips’ recent entry into the sleepcare market is a “smart move as nobody has treated these issues in India" and the company is sensitizing the market.

Among other things, Menhardt is particularly optimistic about a suite of products in the oncology, cardiology and women’s health segments driven by Indian researchers that could differentiate Philips from its competition. It is looking at using low-end technology for rural India, such as using ultrasound instead of computed tomography (CT), to understand the “entire care cycle" of certain therapeutic areas.

The Bangalore campus has developed a technology called “portalization of post-processing functionality", a single interface for handling medical data that resides on several workstations. The company can even validate this technology in India now that it has set up “beta" (testing) sites in Pune, Bangalore and Manipal.

On Wednesday, Menhardt announced a new “unique" division for lighting at PIC that will develop software and control systems for lighting products, which form one of the three segments that the Dutch conglomerate is currently active in. The other two are healthcare and consumer lifestyle.

With technology start-up experience in hand, both as an employee as well as founder of a company that was acquired by Eastman Kodak Co., Menhardt plans to “push the envelope" when it comes to seeding novel ideas and business at the 1,400-strong PIC.

Referring to the set-top box that was developed at PIC and later spun off as a business to be acquired by Pace Micro Technologies Plc in 2007, he said, “It’s not been a rule at Philips, but we will be more entrepreneurial in the future."