The Reserve Bank of India (RBI) and the Monetary Authority of Singapore (MAS) are finally ready to open up the financial sector of their respective countries.

According to people intimately familiar with the development, both regulators are very close to reaching an “understanding".

“It’s a sort of quid pro quo," says one person, who didn’t want to be named. “MAS will offer the qualifying full bank (QFB) status to State Bank of India (SBI) and possibly to ICICI Bank as well. This will enable these two banks to raise retail deposits and open 25 centres in Singapore, including brick and mortar branches and ATMs. RBI, in turn, will allow DBS and other Singapore banks to open more branches." 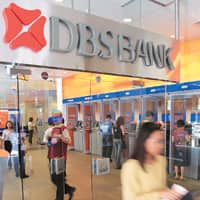 India’s central bank is also the banking regulator and MAS regulates the entire financial sector in Singapore, including capital markets .

MAS is asking for 15 branch licences for Singapore banks but RBI cannot offer so many at one go as, under World Trade Organization (WTO) norms, the Indian banking regulator is required to offer 12 new licences every year to all foreign banks. “RBI may offer six branch licences to DBS this year," this same person said. According to him, a formal announcement will be made soon, certainly before the end of 2007.

“RBI and MAS are working closely to review the applications by banks to be set up or to expand in the respective jurisdiction. This will help enhance economic connectivity between India and Singapore. Once these details are settled, the appropriate announcements would be made," an MAS spokesperson told Mint.

Since August 2005, when the Indo-Singapore Comprehensive Economic Cooperation Agreement (CECA) came into effect, trade between the two countries has increased significantly. Since the CECA came into being, two Indian banks—Bank of Baroda and Axis Bank—have been allowed to set up operations in Singapore. DBS, Singapore’s largest bank, too, has been granted one more branch licence in India, taking its network to two.

Under the CECA, both the governments have promised to open up the financial sector. Three Singapore banks are to be allowed to open 15 branches in India, while three Indian banks will be given the QFB status.

However, not a single Indian bank has yet got the QFB status as MAS has been insisting on “ratings" of Indian banks as a precondition to offer the status even though the treaty does not stipulate that.

MAS had taken an official stance that QFB licences could be given to those Indian banks that meet its “prudential requirements" and the CECA does not guarantee automatic entry. The insistence on prudential requirements is in conformity with the general principle under WTO and other free trade agreements (FTAs). Singapore has 10 FTAs in force.

Now the ice seems to be melting between the two regulators. MAS is willing to offer QFB status to Indian banks and RBI, on its part, will allow liberal entry to Singapore banks in India. DBS will be granted more branch licences and two other Singapore banks—United Overseas Bank (UOB) and OCBC Bank—will be allowed entry soon.

Singapore has only five domestic banks among more than 100 commercial banks that operate in the country. However, unlike in India, foreign banks in Singapore cannot undertake all banking activities. Only six banks can do so as they have the QFB status. They are Citibank NA, The Hongkong and Shanghai Banking Corp. Ltd, BNP Paribas, ABN Amro Bank, Standard Chartered Bank and Malayan Banking Berhad.

RBI first waved the white flag when it agreed to treat Temasek Holdings Pte. and Government of Singapore Investment Corp. (GIC) as two separate entities as far as their investment in ICICI Bank Ltd was concerned.

The ownership norms in private banks in India do not allow a single entity to hold more than 10% in any private bank. Since both Temasek and the GIC are owned by the Singapore government, RBI wanted to treat them as a single entity and not allow their combined stake to exceed 10% in ICICI Bank. The Singapore government, however, was insisting that they are two separate investment vehicles and do not act in concert.

RBI has not changed the private banks ownership norm but made an exception for Temasek and GIC holdings in ICICI Bank. Incidentally, Temasek also owns over 25% stake in DBS.

Singapore, an important financial hub for the entire South-East Asia, is also a strategic money centre on the lines of London, Frankfurt, New York and Tokyo and London. It will play a very important role for Indian entities when the country embraces full convertibility of its currency.

As in June, 29 foreign banks are operating in India with 268 branches. Besides, 34 foreign banks have their representative offices in India. In 2006, RBI gave its nod for 13 new branches of foreign banks.

Meanwhile, trade links between India and Singapore are getting stronger. “India was Singapore’s 12th largest trading partner in 2006," noted a spokesperson from Singapore’s ministry of trade and industry.

According to the ministry, Singapore’s foreign direct investment into India has also picked up pace after the CECA. In 2006, Singapore doubled its investments in India from the previous year, becoming India’s fourth largest FDI source at $621 million.

In the first five months of 2007, Indian figures show $217 million worth of investments from Singapore.

“Through the CECA, we have sought to enhance Singapore’s position as the base for international companies to venture into the India market, and as a forward base for an internationalizing India Inc. to reach out to the region," the spokesperson said.