New Delhi: In 2011-12, the Indian Railways will, for the first time, borrow money from the market by selling tax-free bonds. The state-owned organization has ambitious plans for modernizing its aging infrastructure and enhancing capacities.Mint spoke to Samar Jha, outgoing financial commissioner of the railways, about the fund raising and other issues. Edited excerpts:

The railways are said to be raising Rs500,000 crore. What will it be used for? 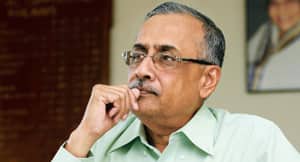 Ambitious plan: Jha says the railways will generate a majority of the Rs14 trillion it intends to spend over the next 10 years through internal generation, market borrowings and public-private partnership.Ankit Agrawal/Mint

Market borrowings have to necessarily be invested in remunerative returns, otherwise, the market will lend at a very high cost. Internal generation largely goes in safety, replacement and development works, for which you cannot work out the return. It also goes into other non-remunerative but important projects, like laying new lines to the backward areas. So, in the Vision 2020, we had suggested the creation of an accelerated rail development fund of Rs500,000 crore, which will be non-lapsable. Earlier, there were reservations on this, within the government. But now, this has been accepted in-principle, at the level of the Prime Minister. No paperwork has however yet been done. The railways will formulate a practicable proposal, and then float a Cabinet note on it.

Where will the money come from for such a fund?

The money will be raised from government sources. This will be done by funnelling the gross budgetary support (GBS) into this fund. In other words, a part of the GBS will go into this non-lapsable fund. The money going into the non-lapsable fund will not be dividend paying. This will include projects coming up in states like Jammu and Kashmir and the North Eastern States.

Looking at India’s high economic growth, will the railways be able to cope with the demand to move more commodities particularly iron ore and coal in the future?

We have been allowed to raise Rs10,000 crore by way of non-taxable bonds. We are going about it through the Indian Railway Finance Corp. Ltd (IRFC), since we do not have the expertise to do it, but the money will be the ministry’s, and will appear on the books of the ministry. This market borrowing will therefore be spent only on projects that are remunerative and bankable. More importantly, a large chunk of it will go to capacity work like new lines, electrification signalling etc, which improves our ability to carry more traffic. In addition, investments will be made in rolling stock.

How much capacity expansion (addition of new wagons, etc) is the railway going to make in 2011-12 to transport commodities?

We will end the year by procuring 16,500 wagons- which is an all time record. In addition, we are already processing a tender for 18,000 wagons for next year. This will up our capacity substantially.

How much revenue loss is the railways facing due to the ban on iron ore exports? Where is that spare capacity being utilized?

The ban in iron ore exports have impacted our revenues by Rs2,100 crore. We cannot, however, put a figure on how much it will impact our profit by. Such traffic moves in specific lines that only move iron ore. So, those lines remain unutilized. The wagons are however moved to coal.

The railways have not raised passenger ticket prices for the eighth year in a row. How has it been viable for you to continue without any escalation for so long?

What is the status on the modified wagon investment scheme?

The policy document has been finalized and will soon be put up for ministerial assent. The last wagon investment scheme did not succeed because of some handicaps. Those handicaps are being removed.

There have been reports in certain sections of the media that the loan payout by the Japan International Cooperation Agency (JICA) for the western side of the Dedicated Freight Corridor (DFC) might be in jeopardy because of the recent earthquake in Japan. Are these reports accurate?

Till now, no issue has been raised by anyone formally or informally. It will be very speculative to say that there will be any problem. This is an important project, so the Japanese might actually keep this alive. Ultimately, under the agreement, 30% of the JICA loan will have to be spent in Japan itself, and that can only help their economy. So, it makes no sense for them to stop the loan.

Hypothetically assuming, if the loan does not come through, would the World Bank be an option?

Not necessarily. We could go in for market borrowings. Some portion of the work could be taken on a public private partnership (PPP) basis, as there is an appetite for PPP. But right now, we are not working on any fall back options.

The JICA loan is a soft loan. If you were to borrow from the market, wouldn’t that hurt you, in terms of the extra interest pay-out?

This is a highly remunerative project. So, borrowing money at market rates should not be a problem. We will take the best financial recourse possible. The least costly option available will be taken.

The railways’ market borrowings for the coming fiscal are set to be substantially higher, indicating a substantially reduced dependence on the gross budgetary support (GBS). You had referred to this situation as a “game changer." Can you explain how?

I called it a “game changer" first because of tax-free bonds being given, and because of the conscious decision of the railway ministry to invest that amount being raised via tax free bonds in remunerative and capacity enhancement projects. The capacity enhancement was languishing because from the GBS no separate money was allocated for it. Now, unless we enhance capacity, how can we carry out our future activities? Next year, if the finance ministry again permits us to raise tax-free bonds, it will further our goal of capacity building, so that we can carry traffic up to 2020-25 without much problem. The incremental traffic can therefore be covered.

The railways has always been a very politicised department. Wouldn’t market borrowing mean a lessening of political control as the railways would be answerable to the market?

There is a certain coupon rate on the market instrument via which we pick up money. If the project in which I am going to invest is perceived by the market to be risky, then we’ll have to pay a higher coupon rate. But, market goes by the guarantee that they have on getting the money back, at the stated coupon rate. When the railways borrows, it can be the closest to the sovereign that the market can ever get.

But, external borrowings come without sovereign guarantees. The loans are not underwritten by the government.

In the last 24 years, the railways has never delayed a payment of the lease charges on any form of external borrowing, even by a day. If this is not a good record, nothing else is. And, whatever we are borrowing from external sources is going into rolling stock, which effectively means guaranteed returns. So, this is the closest to the Indian sovereign that any foreign fund manager can ever get.

The budgetary figures show that the railways has been dipping into its depreciation fund. How do you explain that?

The depreciation fund balance decreased on account of the payout in the wake of the sixth pay commission. Next year, the railways will make up for the decrease.