Elliott Management Corp. on Monday disclosed a stake in Cognizant Technology Solutions Corp. and called on the provider of information technology (IT) outsourcing services to lift its margins and do a big share buyback, among other initiatives. Elliott’s criticisms centre on Cognizant’s policy of reinvesting whatever profits it earns above a 20% operating margin back into the business—a relic of its 1998 IPO. That was all well and good when sales were expanding by at least 15% a year, but growth has slowed and the profitability gap with Cognizant’s peers has widened, leaving the company trading at a discount to the likes of Accenture and Tata Consultancy Services Ltd. 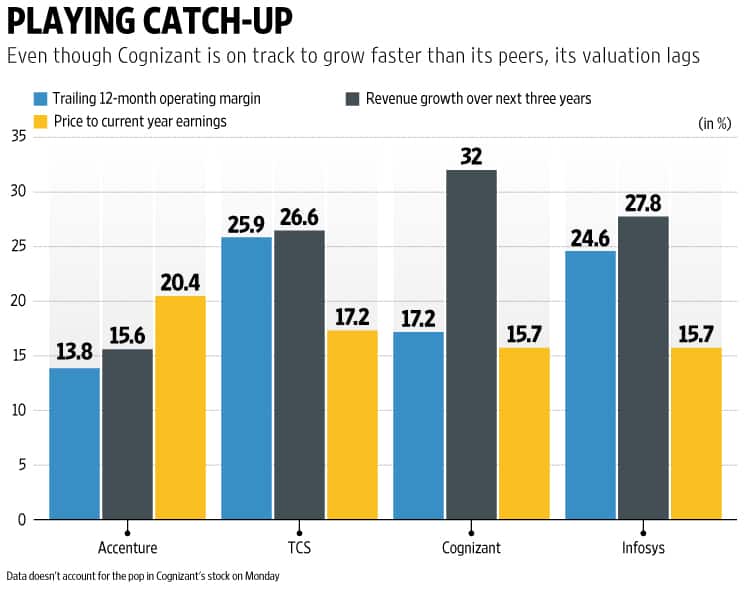 Basically, Elliott wants the $35 billion company to realize it’s not the whippersnapper upstart it once was and make operational improvements that have been a long time coming. The proposals for a rethinking of Cognizant’s cost structure and a shift towards bigger shareholder payouts make sense—so much sense that they are not all that original. 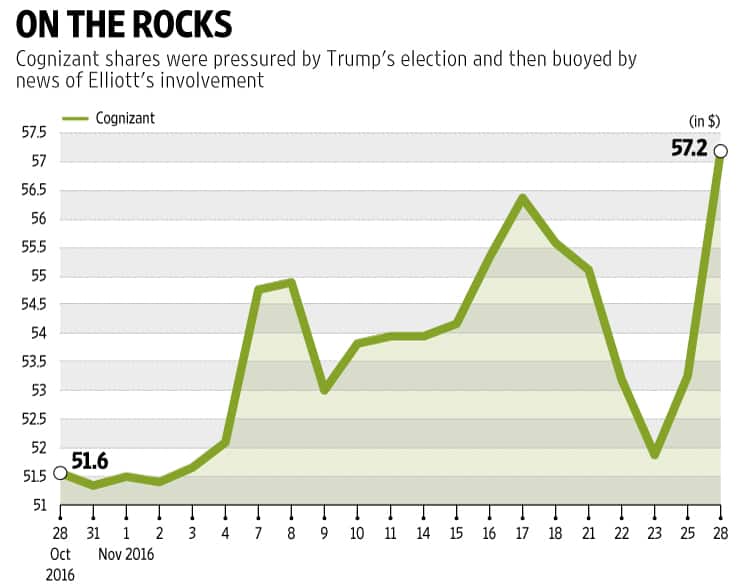 Even if it wasn’t the first to come up with the idea, Elliott clearly has more power to bring about change than the sell-side analysts, and with a more than 4% holding that ranks it in the top five of the shareholder register, its voice is stronger than most minority holders. There’s reason to believe it can actually get something done here. And with more than $20 billion in value creation on the table (by Elliott’s math), why the heck not get involved?

The other factor working in Elliott’s favour is the prospect of a Donald Trump presidential administration. IT outsourcers rely on H-1B visas to bring in inexpensive talent from other countries—a programme that the president-elect has at times criticized for taking jobs away from Americans. Should Cognizant’s allocation of H-1B visas be cut in half, the company would face roughly $89 million of additional costs and an 11 cent hit to its earnings per share (EPS), James Friedman of Susquehanna International Group estimated in a report earlier this month.

As with most of Trump’s proclamations, the policy outcome is hard to predict.

But it’s nevertheless a risk that adds more urgency to the kind of EPS boost a streamlined cost structure and generous share repurchases can provide.