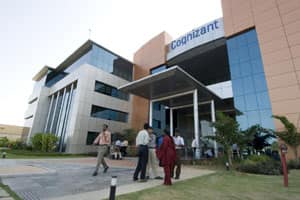 Besides signing the multi-million dollar seven-year deal with ING US, Nasdaq-listed Cognizant said it will hire 1,000 ING US employees in Minot, North Dakota and Des Moines, Iowa to create a delivery hub for Cognizant’s insurance and finance business process services that currently cater to more than 40 clients.

While Cognizant will purchase its client’s North Dakota office, it will sub-lease ING US’s Iowa offices, providing continuity to its customers and employees who will transition to Cognizant.

“Our new center of excellence will serve as a key long-term component of our global delivery network and is yet another step in our ever-expanding in-country delivery capability," said Gordon Coburn, president of Cognizant in the press release.

The agreement signed with ING was similar to one inked in 2009 with Invensys Rail, a Cognizant spokesperson said. As part of that three-year-old deal, Cognizant hired over 120 Invensys Rail professionals from its existing R&D center in Hyderabad.

Thursday’s acquisition comes nearly a month after, citing less-than-expected demand for computer services, Cognizant slashed its 2012 revenue growth forecast by 3 percentage points, a move that sent its shares reeling on the Nasdaq.

The last time Cognizant had to cut its full-year outlook was in 2008 at the height of the global financial crisis.

Despite being headquartered in the US, Cognizant traces its origins to Chennai with a local venture of American research group Dun and Bradstreet, and most of its nearly 140,000 employees are based in India.