Persistency ratio is an indicator that points towards robust sales practices and products of the insurance industry. It determines the number of policies still in force year-on-year.

However, according to data gathered from 10 companies, insurers are finding it very hard to hold on to their policyholders. Industry accepts mis-selling of unit-linked insurance plans (Ulips) as the primary cause, but also shifts the blame to the regulator. J. Hari Narayan, chairman, Insurance Regulatory and Development Authority (Irda), in an interview presents the regulator’s side of the story. Edited excerpts:

Persistency levels of life insurance policies, especially Ulips, have been rather low in India. Globally, the persistency levels are above 90%, but in India it averages to about 73% in the first year and drops sharply to around 43% in the third year. What is the reason behind such low levels of persistency? 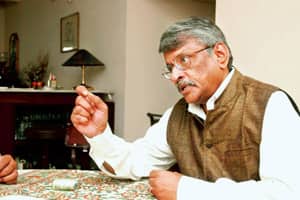 To the point: Irda’s J. Hari Narayan says new regulations have ensured that insurers focus on persistency. Photo by Mint.

But because of the high surrender charges that existed before September 2010, insurance companies were not adversely affected. In fact, some companies reported profits, a major chunk of which came from lapsed policies.

When designing a product, assumptions need to be made by the insurance companies on the likely lapse rates for the entire duration of the policy term. This is necessary to ensure that the financials underpinning any product have been estimated in a proper manner.

It is precisely for these reasons that the new regulations have ensured that insurers focus on persistency. Not only have the total costs been capped, the surrender charges have been kept to a bare minimum so that insurance companies are not encouraged to make profits from lapsation. The action taken by the regulator has, in a reasonable measure, contributed to enhancing stability of the insurance industry in India and the impact of such measures on persistency will be evident in the short to medium term.

It is true that there were different practices prevailing in the calculation of persistency ratio. Recognizing this, Irda had issued a circular in which the definition of persistency and the methodology of its calculation was dealt with extensively. There is no further reason for any deviation from this practice. It may be noted from the circular that persistency calculations are on a “cohort basis" involving both “premium" and “number". Persistency rate measures the percentage of the “issued" business that remains in force (and premium paying) after a certain period of time. For example, if 2,250 policies are issued in a financial year and 1,762 and 1,200 of these are in force at the end of the first and second years, respectively, then the first year persistency is 1,762/2,250 or 78% and the second year persistency is 1,200/2,250 or 53%. It may be noted that the exposure (denominator) refers to the number of policies issued.

The industry is blaming regulatory reform in the past few years for low levels of conservation and persistency. Their arguments fell into three parts: One, the new regulatory regime brought in cheaper products and policyholders lapsed earlier policies to buy cheaper ones. Two, surrender or discontinuance charge has become very small and nil after four years, encouraging policyholders to discontinue their policies after the lock-in period of five years. Three, agents are churning policies to get more commissions. Your comments.

The above question, as framed, seems to suggest that a policyholder exists for the benefit of an insurance company. That is not the case. The Insurance Regulatory and Development Authority Act specifically requires the regulatory authority to protect the interests of policyholders of insurance policies and to regulate, promote and ensure orderly growth of the insurance industry. As the above preamble to the Act brings out, the primary duty of the regulator is (to protect) the policyholder’s interest and the orderly growth of the insurance industry must be enabled through the prism of policyholder welfare.

The view that regulatory reform has led to increased lapsation is perverse. As has been mentioned earlier, the design of particular Ulip products raised many issues and hence Irda in September 2010 brought out guidelines on Ulip product design and on surrenders with a view to improve the then prevailing products for the benefit of the policyholder. The rates of lapsation have come down since regulatory reforms and hence regulatory changes have not ushered in any decrease in persistency but on the contrary have contributed significantly to its enhancement.

The other allegation is that the new wave of regulations has led to an exodus of agents. Commissions have been reduced and many of them have quit the business. So policyholders who are not being serviced by agents are lapsing the policies.

There has always been a high churn of agents and on a year-on-year basis, the observed attrition rate of agents varies from a low of 14% in some companies to as high as 70% in others. Recognizing this and in the interest of policyholders, Irda has brought out regulations on the treatment and the services, which could be provided to those policies that were closed by agents, who may have since left the business. The high attrition is not surprising because, on an average, individual agents source about 0.4 to 0.5 policies per month and the new business premium averages around ₹ 8,000-9,000 per month, which would yield a very low income to the average agent. In line with what is prevalent in several other countries, the proportion of new policies distributed by individual agents is coming down and, at present, in India it is about 60% though it varies from company to company.