Mumbai/Bangalore: The Maharashtra Housing Regulation and Development Bill passed by the state assembly on Monday paves the way for the establishment of the country’s first regulator for the housing sector.

The Bill, which now goes to the state legislative council, aims to bring about transparency in the real estate sector and empower homebuyers. It also attempts to demystify some of the popular and often misused terms used in the sector, such as carpet area, built-up and super built-up area. 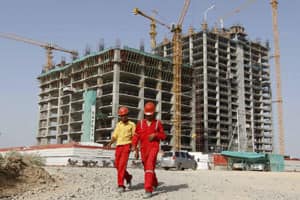 Lack of transparency in the Indian real estate sector has been talked about for long and the creation of a housing regulatory body has been discussed both at the central and state level.

The Bill also prohibits property developers from selling or advertising the housing scheme before it receives approval from the regulator.

The Bill also asks them to mention separately, how much they will charge for common areas such as staircases, lifts, parking area etc. and not mislead buyers by using terms such as built-up and super built-up area.

“It’s a clever Bill but it doesn’t address the issue of approval delays in Mumbai due to which projects get held up," said Anuj Puri, chairman and country head, Jones Lang LaSalle, a property advisory. Puri said the impact of the Bill would be significant on homebuyers because the regulator ensures financial prudence and they will know that their money is going into the project and not for some other purpose.

The Bill also seeks to ensure that developers make their promises realistic and deliver projects on time. It also imposes penalties and fines for those who fail to comply with the various provisions such as failure to give possession within the period mentioned in the agreement between the buyer and builder. The regulator can also impose a fine of up to ₹ 10,000 for each day of delay.

The Bill mandates the regulator to promote energy efficient or green buildings and asks it to create regulations that are consistent with the national building code and rules and regulations framed by the state governments and municipal bodies to bring consistency and remove ambiguities. Setting up a rating system for projects may also be given as a mandate to the regulator.

Boman Irani, secretary, Maharashtra Chamber of Housing Industry (MCHI), said imposing a penalty on the developer isn’t fair because it’s only a part of the sector.

“I am in favour of the Bill provided it doesn’t produce pressure only on developers because they are dependent on banks, government policies and even customers to develop and deliver a project," Irani said.