Office space absorption falls 21% in first half of 2012: Cushman & Wakefield

Bangalore: Total sales of office space declined by 21% to 13.4 million sq. ft in the first half of 2012 from the year earlier, according to a report by property advisory Cushman & Wakefield.

Bangalore saw the highest absorption of 3.01 million sq. ft, followed by Mumbai with 2.78 million in the first six months. Despite the relatively higher absorption among cities, Bangalore saw a significant 46% drop from the year earlier. 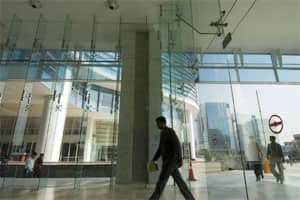 Sanjay Dutt, executive managing director, South Asia, Cushman & Wakefield, said the decline in office space leasing is indicative of a cautious approach from occupiers given the downward revision on the GDP outlook for the year.

“The decline in absorption and the corresponding decline in pre-commitments, is indicative of the trend that the occupiers are clearly looking at taking up space once business requirements are clarified and frozen. The demand from IT/ITeS sector is likely to remain subdued resulting in low leasing activity," said Dutt.