Mumbai / New Delhi: Taken aback by Wednesday’s decision by the board of Taro Pharmaceutical Industries Ltd to snap merger talks with it, India’s Sun Pharmaceuticals Ltd may take advantage of its over one-third equity stake in the Israeli drug maker, which is listed in the US, to make an open offer to buy out existing shareholders or pursue legal options, people close to the developments said. 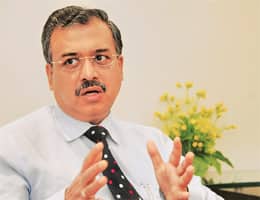 “Sun Pharma as (the biggest) stakeholder with 34.4% stake in the Israeli company currently may even use its rights to make an open offer to its shareholders as well as other institutional stakeholders to strengthen its holding and to take control of the company as per US guidelines. This could be one of the options," said a person familiar with the various choices before Sun Pharma, ranked fourth by revenues among Indian peers.

An investment banker in London said he believed Sun Pharma had a good chance if it decides to proceed with an open tender at an attractive price. “The buyer, with more than 33% stake in the target company should be able to make an open offer, which will lead to merger, though it depends on the terms the deal agreement between the two (companies)," said Alasdair Nisbet, managing director, Lazard and Co. Ltd.

Promoters of Taro, listed on the New York Stock Exchange, hold 12% equity in the firm with the rest held by public and institutional investors including Franklin Advisors Inc. and Templeton Asset Management Ltd, both of which had initially opposed a $454 million offer, equivalent to $7.75 a share, that Sun Pharma made in May 2007.

A Sun Pharma spokesperson said, “We are confident that the company has a strong case in hand to counter Taro’s move and we have long list of options to make it happen." On the validity of the merger agreement, which Taro said expired 31 December, the spokesperson said there were multiple agreements concluded under the US and Israeli laws: “...so, if needed, the company may even move the matter using legal provisions in these two jurisdictions."

Taro is “not entitled to terminate" a May 2007 merger agreement with Sun Pharma, Indian firm’s chairman Dilip Shanghvi wrote to Barrie Levitt, his counterpart at Taro in a letter. The letter was emailed by Sun Pharma to reporters early on Thursday.

Taro had made public a letter written by Levitt to Shanghvi on Wednesday, when it communicated its decision to withdraw, saying the value offered by Sun Pharma was “financially inadequate" given the turnaround in Taro’s operations and finances in the last one year. Sun Pharma said it disagreed with Taro’s views on the offer price and claims that the merger agreement was in conflict with the interest of Israeli shareholders.

In a brief phone interview, Shanghvi told Mint his firm had so far invested $100 million in the Taro buyout — $60 million as cash infusion and the rest for acquiring the 34.4% equity from various shareholders. In a point-to-point rebuttal to Taro in his letter, Shanghvi said without Sun Pharma’s cash injection of some $60 million, Taro “would be unable to boast of survival, much less a purported financial and operational “turnaround" and would not have been able to even meet its bond payment dues. If the Israeli drug maker had $47 million in cash as on 31 March, it was mainly due to Sun Pharma’s infusion, he insisted.

A Taro spokesperson did not immediately respond to emailed queries.

Shares of Sun Pharma dropped 5.07% to close at Rs1,388.55 each on the Bombay Stock Exchange, while the Sensex shed around 1.27%. In the short term, there will be little impact on Sun Pharma’s finances, but the breakdown in talks with Taro would dampen earnings in the years ahead, an analyst said. “Some expectation was built into its numbers over the long term. That long-term growth driver is now gone and will have some negative impact," said Vikas Sonewale, an analyst with equity firm Religare Securities Ltd.