Mumbai: Government-run Bank of Baroda (BoB) on Monday announced a 0.25% reduction in home loan rates across all categories and for both new as well as existing customers, in line with its state-run peers. 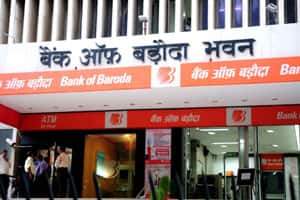 “To offer a stimulus to sagging demand amid the ongoing slowdown, we have reduced the interest rates on home loans by 25 bps across the board for our existing and new borrowers," it said.

The country’s largest lender, State Bank of India, had last month taken everybody by surprise and announced a similar cut in its retail offerings, including home and auto loans. SBI has said since then it has seen an uptick in demand.

Others such as IDBI Bank, Oriental Bank of Commerce, Corporation Bank, Dena Bank and Indian Bank, too, have cut interest rates following the SBI move.

In a departure from others, BoB has stated that benefits of the rate cut are also applicable to existing borrowers.

In another development, BoB announced a reduction in spreads on its trader loans facility by 1 percentage point, after which loans will be available at 13.5%. The new rate will be effective today.