Religare in pact with Vistaar on Rs200 crore movies fund

Religare in pact with Vistaar on Rs200 crore movies fund

The Vistaar Religare Film Fund, which will be managed by Vistaar Religare Capital Advisors Ltd, has applied for a licence from the Securities and Exchange Board of India or Sebi to operate as a regulated venture capital fund. The fund manager plans to tap institutional and individual investors for the closed-ended fund with a five year lock-in period.

“We are targeting individual, institutional and international investors with this product," said Sunil Godhwani, chief executive of Religare Enterprises. The fund will be sold through Religare’s existing channels. 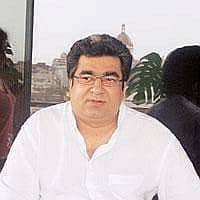 The risk associated with the investments made by the fund is “high," and therefore the returns are expected to be relatively high, said Sheetal Talwar, chairman and managing director of the fund manager.

Talwar, the promoter-owner of Vistaar, had earlier produced a Hindi movie, Dharm, which dealt with faith and parent-child bond. The movie was produced by The Friday Fund, a subsidiary of Vistaar and was directed by Talwar’s wife Bhavna Talwar. According to Sheetal Talwar, Dharm was made for Rs300 crore and generated Rs800 crore, at least 150% in returns.

The fund says it will look beyond conventional movie-making in Bollywood, which is spun around stars.

Religare shares rose 2.3% to Rs444 in Tuesday’s trading on a down day on the Bombay Stock Exchange.

Bangalore: Even as Bangalore’s new international airport is set to open on 30 March, a public interest litigation seeking to stay the closure of Bangalore’s existing airport may come up for hearing before the Karnataka high court later this week.

‘Mint’ had on 4 March reported that mounting pressure from airlines, airport employees and civic groups at India’s state-owned airports is likely to force the Union civil aviation ministry to revisit an old promise made to developers of new airports at Hyderabad and Bangalore that the old airports will be shuttered.

Even as the high court of Karnataka is set to hear litigation on the very issue on Tuesday, the ministry wants the matter to be resolved immediately, if necessary by the Union cabinet, said a senior government official, who preferred to remain anonymous.

Civil aviation secretary Ashok Chawla would only say: “The matter is being examined with due consideration."

The court had posted the matter for hearing on Tuesday, but it may come up on a later date as the court did not schedule a sitting on the day.

M&M did not give financial details of the transaction. Turn-based GRD, which earned €6 million (Rs36.7 crore) in 2007, provides designing, feasibility and styling work for leading automotive and designing companies based out of Europe and Asia.

New Delhi: Air India workers’ unions have threatened to go on a strike on 18 March saying several of their pending demands are being overlooked, post-merger.

On Tuesday, J. B. Kadian, leading eight worker groups said they have finanly submitted a joint notice to chairman and managing director V. Thulasidas, who retires from service later this month.