New Delhi: Siva Group chairman C Sivasankaran has written to the Prime Minister asking for the return of its ₹ 1,700 crore investment while offering to surrender 2G and 3G licences along with the infrastructure of S Tel, its venture with Bahrain Telecom. 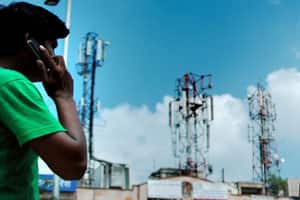 The company is “ready to submit to an independent audit to validate our claims for returns of our investments", it added. The letter comes in the wake of Supreme Court’s judgement on 2 February that cancelled 122 telecom licences allotted by the government in 2008 under the then telecom minister A Raja. These include six licences of S Tel.

The letter said Batelco had sought S Tel’s concurrence to sell its stake without any profit or loss at the invested amount of $175 million, adding that the dialogue started even before the Supreme Court judgement. S Tel said it has decided to return the said investment in an appropriate manner and within four months of the regulatory and statutory provisions.

“This, in our opinion, would at least save the already tarnished image of the country vis-a-vis foreign direct investment," it said.

Bahrain Telecom was the first global firm to exit the Indian telecom market by selling its nearly 43% stake for $175 million after the SC order. Batelco had acquired 42.7% stake in S Tel via two transactions in May and June 2009 for a total of $174.5 million. Since then, another foreign operator Etisalat has also announced its exit from India. On the other hand, Loop has also written to the Prime Minister seeking refund of its 2G licence fee, along with interest. A copy of the letter has been sent to telecom minister Kapil Sibal as well.

Sivasankaran said S Tel was the "only company which had challenged the arbitrariness of the change of cut-off date", which was confirmed by the Supreme Court in S Tel’s favour.

“We have remained different from the pack and were the first to question the arbitrary advancement of the cut-off date and lost the business opportunity in the process from emerging a successful telecom player pan-India... Consequently we are akin to a lamb at the butcher shop," Sivasankaran said.

S Tel was awarded licences to operate in six circles -- Bihar, Orissa, Jammu & Kashmir, Himachal Pradesh, the Northeast and Assam. As of December 2011, S Tel had 3.5 million subscribers. It was also awarded 3G spectrum for Bihar, Orissa and Himachal Pradesh telecom circles. Sivasankaran first entered the telecom business in 1993 and went on to launch Aircel, which was later bought by Malaysia’s Maxis.