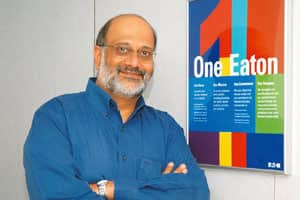 “The latest strategy of acquisitions and greenfield expansions is aimed at reaping the benefits from the exploding growth in the Indian telecom sector and on hopes that the real estate and construction sector will bounce back soon from a slowdown," said Sharma.

Eaton’s electrical division, which contributed more than half of the firm’s worldwide sales in 2008, is a global leader in electrical control, power distribution, uninterruptible power supply (UPS) and industrial automation products and services.

He said these firms had revenues of at least Rs100 crore with established product ranges, strong marketing channels and a large customer base.

“The idea is to acquire these companies and then transfer the technology from global production centres to localize the design and products for the Indian market," Sharma said. “We expect to conclude the deals in the next three-six months and take another six-nine months for technology transfer and localizing the products."

The executive said that the size of the Indian power distribution sector that Eaton’s products address is estimated at some $1.5 billion.