Maruti may not post sales volume growth this FY: chairman

Maruti may not post sales volume growth this FY: chairman

New Delhi: Maruti Suzuki may not post growth in sales volume in the current fiscal year, its chairman said on Monday, as the country’s top carmaker suffered heavy production losses due to a labour strike, while demand for cars remains weak in Asia’s third-largest economy. 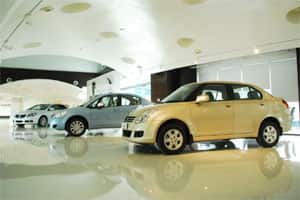 Bhargava had said in August he expected Maruti, 54.2%-owned by Japan’s Suzuki Motor Corp, to post single-digit sales growth this fiscal year ending in March, a far cry from its 25% rise last year.

He said on Monday he expects the Indian automobile industry to grow 2-3% this fiscal year, compared with the record 30% growth it had clocked a year ago.