Bangalore: Ozonegroup, a Bangalore-based property developer, on Thursday said it has borrowed Rs210 crore from Housing Development Finance Corp. Ltd(HDFC), taking its total fund-raising this year to about Rs1,000 crore. For the next fiscal, the company plans to raise about Rs500 crore in debt and equity for its next leg of expansion.

Ozonegroup, which is backed by the Anand Jain-led Urban Infrastructure Venture Capital Fund, will use the money raised from HDFC to repay part of a loan and help finance the construction of its Metrozone project—a mixed-use development in Chennai of about 8 million sq. ft of office and residential space. 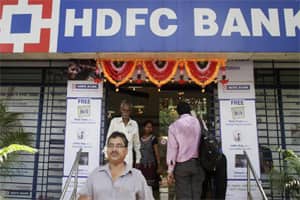 Ozonegroup has raised close to Rs1,000 crore in debt and equity this fiscal for its projects in Bangalore and Chennai, said chief financial officer Shashidhar Paisaid in a phone interview.

For 2012-13, Ozonegroup has three projects coming up in Bangalore and Chennai, he said.

The company started operations in 2005 and has about 15 million sq. ft of space under development.

Overall bank lending to unlisted developers increased in the past year, but property analysts say this has raised worries of a possible rise in defaults as real estate firms are struggling to sell properties.

Ambar Maheshwari, managing director, corporate finance, Jones Lang LaSalle, a property advisory, said many real estate firms are still struggling to get money from banks and only those with strong credibility and a good project pipeline are able to raise money from these lenders.

“Developers have some repayment dues to banks and while the progress is doing well, there is a cash flow issue because property sales have been consistently slow," said another property consultant, who didn’t want to be identified.