After last year’s big squeeze, both on consumer spending and store numbers, retailers should be complaining about the slowdown. Instead, they say the downturn was good for the industry.

“The slowdown was the best thing that could have happened to modern retail in India," says Kumar Rajagopalan, chief executive of industry body Retailers Association of India. “Suddenly, retailers stopped talking about the number of stores and began concentrating on consumers, positioning, space utilization, etc." 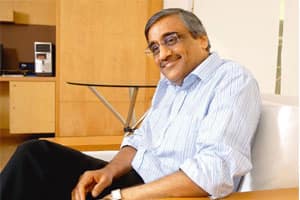 Though the retail industry saw the closure of more than 2,500 stores last year, Damodar Mall, director of customer services at Future Group—the operator of large retail chains such as Big Bazaar, Pantaloon and Food Bazaar—says his company is better prepared to do business today. Kishore Biyani, managing director of Pantaloon Retail (India) Ltd and promoter of Future Group, echoes the sentiment: “We have renewed ourselves."

Pantaloon Retail took advantage of the downturn last year to cut out intermediaries in the supply chain. To reduce its reliance on wholesalers, it approached oil mills, rice mills and other suppliers directly so it could save costs.

Customers became a priority again, with several retailers squeezing their margins to offer better prices. Some introduced cheaper consumer goods, especially through private labels. “Earlier, many of the entry-level products such as detergents, oils and staple cereals were missing from our stores. (In the downturn) we added more and more entry-level products," says Vineet Kapila, president for the RPG Group-owned Spencer’s Retail Ltd.

The retail chain saved 12-15% in cost by reducing wastage in the supply chain and stores. Kapila says the company started saving on rentals and staff, and brought down the overall capital expenditure on opening new stores by one-fifth.

Similarly, Pantaloon integrated some of its departments such as management, human resources, marketing and information technology. The company resorted to other cost-cutting measures too, from reducing electricity bills to slashing the advertising budget.

Why friendshoring isn't the answer and how India can bu ...

The humbling of Goldman Sachs

“Costs build up in the system so you can always cut...it is not a big learning," says Biyani. “The real learning was strategic that taught us to focus, focus, focus on our core businesses." Hit by the downturn, Future Group decided to concentrate on retail, allied businesses such as logistics and consumer products, and financial services.

“The industry has learned that we need (a) clear model for retail and growth has to be backed by the right capital structure," says B. S. Nagesh, vice-chairman of the department store chain Shoppers Stop Ltd. The company went on a restructuring that returned it to profits in June after several quarters of losses.

Retailers found savings in other quarters as well.

Shubhranshu Pani, managing director for retail at real estate consultancy Jones Lang LaSalle Meghraj, say store rents as a percentage of a retailers’ total revenue used to be 20-25% before the downturn compared with a global average of 10-15%.

“Rent is one of the largest cost components for retailers," says Pani. “As the rentals fell, the rent-to-revenue ratio fell and retailers benefited."

Before the slowdown began, the hype around the retail sector had attracted major corporate groups such as Reliance Industries Ltd, Aditya Birla Group and Bharti Enterprises, who opened thousands of new stores. This pushed up the cost of retail real estate and staff salaries.

“People were signing up unviable locations from the rent-to-revenue ratio point of view. It basically meant that given the gross margins in their business, they would fundamentally never make money," says Pankaj Gupta, practice head for retail and consumers at consulting firm Tata Strategic Management Group.

Gupta says retailers expanded many times more than their balance sheets could have allowed. For example, Subhiksha Trading Services Ltd rolled out 1,600 stores on a low equity base of Rs32 crore and hundreds of crores of debt, which finally caused the Chennai retailer to go bust early last year.

Now, with the new learnings and consumers opening their wallets again, same-store sales, a vital indicator to map growth in stores that have existed for at least a year, are increasing after flat or negative growth for a year, say retailers.

“In March, we made the highest sales ever in our history," says Damodar Mall.