Reshaping Burberry to retain its appeal

Reshaping Burberry to retain its appeal

London: Angela Ahrendts, in her three years as chief executive, has reshaped Burberry, pushing it closer to upscale rivals such as LVMH and Hermes. 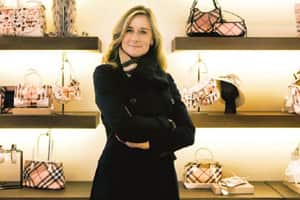 Now Ahrendts, the 49-year-old American sitting atop one of the world’s quintessentially British brands, hopes to adapt its trench coat to the age of the Internet. (Her co-conspirator, Christopher Bailey, Burberry’s creative director, has already created trench evening and mini dresses.)

In hopes of getting its 153-year-old label to appeal to a younger generation, Burberry started a social networking website on Monday, called Artofthetrench.com.

It is the latest effort by Ahrendts and Bailey to increase sales by focusing resolutely on the brand’s British heritage, its traditional trench coat and its classic pattern.

“It’s our differentiator," Ahrendts said in a recent interview. She mentions Donna Karan as a brand that also capitalizes on its heritage and home, New York.

“It’s not so different from what competitors do," she said. “Maybe one was born from shoes and another from luggage, we come from a coat. It’s our job to keep that category hot and cool and relevant for all ages."

After an 8% decline this year, the $226 billion (about Rs10.5 trillion) global luxury goods market is expected to grow again next year as younger consumers and working women replace retiring baby boomers as the dominant consumer group, according to the business consulting firm Bain and Co.

Demand for the expanded children’s line was so great this year that the company ran into production and shipping bottlenecks.

In Burberry’s new headquarters in London, its British heritage is visible despite its ultra-modern, sleek interior, done in white and brown. And the average age of employees here is 35.

Ahrendts recently revived a 108-year-old company trademark, an equestrian knight carrying a flag with the words Prorsum—Latin for forward. The image now features prominently in the headquarters’ glass-walled entrance hall.

Inside, a photo of Emma Watson, the young British actress starring in the Harry Potter movies, modelling a $1,300 trench coat covers an entire wall. Next to it, a glass cube showcases a collection of the best-selling trench coat designs over the years.