Kolkata: Chartered accountant-turned-entrepreneur Pawan Kumar Ruia has been unable to take control of three more European auto parts companies—Draftex Automotive GmbH, Ruia Global Fasteners AG of Germany and Sealynx Automotive of France—after he failed to inject funds to turn them around, according to reports by German newspaper Westdeutsche Zeitung, Agence France-Presse (AFP) and other media outlets.

With these three firms filing for insolvency in local courts recently, the Ruia Group has had to give up plans to control six of nine overseas companies that it either acquired or proposed to acquire. 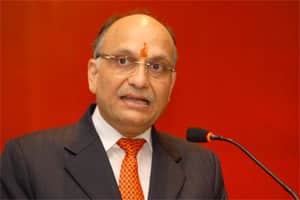 Draftex Automotive GmbH, another German firm Ruia acquired in 2009, has been handed over to an insolvency administrator, the German paper said.

AFP and other French media reported recently that Sealynx—acquired by Ruia in May 2011—had been placed under court receivership after the firm became bankrupt in April.

It is not known how much money Ruia was supposed to bring into these firms initially to pay debtors or to turn them around.

Ruia gave up on plans for three other foreign companies—Standard Profil AS of Turkey, Meteor Gummiwerke KH Badje GmbH and Co. of Germany and a unit of Groupe Preciturn of France—in the recent past.

The insolvency administrator was helping Meteor Gummiwerke find a new buyer and the Ruia Group was “out of the game", German newspaper Hildesheimer Allgemeine Zeitung reported in January. In October last year, Ruia said his acquisition of Standard Profil, a Turkish firm, was “under review" in light of the “global economic slowdown". He later said the proposed acquisition had been abandoned. The Ruia Group had announced its plan to acquire Standard Profil in May 2011. In December last year, the Ruia Group lost control of the unit of Groupe Preciturn that it was to acquire, according to Preciturn founder and president Mathieu Burthey.

“In view of the excellent products and global market position of the Ruia Global Fasteners, there is a very good chance for selling its business operations to a new investor and preserving most jobs," Kebekus, the provisional liquidator, was cited as saying by Westdeutsche Zeitung.

The change of management was necessary as the Ruia group “broke too many promises and had put the company in an unnecessarily difficult position", Heiko Reese, manager of IG Metall, a metalworkers’ union in Germany, said in an interview to the newspaper.

The Ruia Group acquired the ailing company from a court-appointed insolvency administrator in February 2011 and held 99% of its equity shares through Ruia’s Mauritius-based investment company Wealth Sea Pte Ltd.

In response to an emailed query, the insolvency administrator’s office replied: “It is our goal to sell the assets of the company to a new investor who is able and willing to furnish the company with enough fresh money to continue the restructuring process and strengthen its financial background."

Draftex, the auto sealant maker, based in the German town of Grefrath near Dusseldorf, filed for insolvency immediately after former chief executive officer Jurgen Hein was replaced by Mandeep Khaira, Westdeutsche Zeitung reported.

At the time of the acquisition, Ruia held 60% of the company, Hein 15% and the then insolvency administrator the rest.

According to the newspaper, Ruia didn’t pay its 550 workers for several months.

Bernd Depping, the insolvency administrator for Draftex, and the company management did not answer Mint’s queries.

AFP said automotive sealant maker Sealynx had already received buyout offers from prospective acquirers, who have agreed to retain a majority of its 550 employees.

Besides France, Sealynx has units in Romania, Morocco and Tunisia. It had sales of €105 million in 2007, the latest figure available on its website.

The current status of operations at these firms could not be independently ascertained.