Mumbai: The second generation is set to take over the reins of one of the country’s largest privately held realty developers.

She is now executing real estate projects outside Maharashtra—in Chennai, Bangalore and Hyderabad. 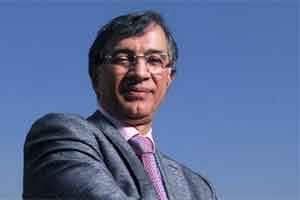 A file photo of Niranjan Hiranandani.

Besides residential and commercial verticals, the Hiranandani group will include new business verticals such as special economic zones, education, hospitality and healthcare.

The next generation has been preparing to take charge at several Indian companies lately. For instance, Jayanti Chauhan, daughter of Ramesh Chauhan—promoter of bottled water maker Bisleri International Pvt. Ltd—is assuming the role of director. Rishad Premji, the eldest son of Wipro Ltd founder and chairman Aziz Premji, was made chief strategy officer in 2011 and is being groomed to lead the company. Others readying for such a role include Alok Kirloskar, who will take over as managing director of the Kirloskar group from his father, Sanjay Kirloskar, while Shravin Mittal has joined Bharti Airtel Ltd as manager. Father Sunil Mittal is chairman of the firm.

As he grooms the next generation, Niranjan Hiranandani, 62, will need to resolve various other issues facing the company.

Hiranandani had won acclaim for building 23 Marina, briefly the world’s tallest residential building in Dubai in 2011, but over the last couple of years, the reputation of the co-founder and managing director of Mumbai-headquartered Hiranandani group has taken a beating.

The group has been accused of not depositing money deducted from employees’ salaries with the provident fund (PF) organization, apart from facing opposition to the group’s power plant and dealing with a rift in the family.

The Central Bureau of Investigation filed a chargesheet against him in October 2010 for irregularities in the handling of employees’ PF at his Indian companies. Lawyers and environmental activists have opposed the group’s 2,500MW project at Maval in Pune. The Supreme Court has stopped further construction of flats in Powai, the Mumbai suburb that forms the basis for the Hiranandani real estate empire.

As for the family rift, his daughter has sought arbitration under a business association agreement (BAA), which she claims was violated jointly by her father and brother, resulting in losses to her.

Her father’s tone, when he spoke to Mint, was more conciliatory than adversarial.

“I am certainly concerned, but not worried. I don’t think these problems have affected me, our group or our brand," Hiranandani told Mint in an interview last week.

He claimed that the differences between daughter Priya Hiranandani-Vandrevala, 34, and son Darshan would be settled by April 2013.

Chief arbitrator in the dispute filed in October 2010 is Cherie Blair, wife of former British prime minister Tony Blair. Other members include former Delhi high court chief justice Ajit P. Shah, and Lucy Reed, a Queen’s counsel from the UK, as is Blair herself.

The family dispute relates to commercial rights to real estate projects valued at a little under Rs3,000 crore. Apart from a property in Dubai, the disputed assets include 28 other projects spread across India. Mint could not immediately contact Vandrevala, who is now based in London.

The Hiranandanis claim they were not aware of the terms and conditions of the BAA. Vandrevala has sought compensation under the agreement to the tune of Rs1,400 crore, according to people familiar with the matter who did not want to be named. Mint couldn’t verify this independently.

The Hiranandanis have made a counter claim, arguing that the dispute had caused a loss of business opportunities for them. The exact numbers have yet to be calculated because both sides have included claims on prospective income.

“This is all in the family. How will it make any difference if I give money to my son or daughter. Rather than having children like puppy dogs who sit next to me and (are) not able to speak up in front of me, I would like to have kids who are able to take over any enterprise in the world if I die tomorrow," Niranjan Hiranandani said.

He praised both his children for having been successful in their own right.

He said his son was instrumental in completing 23 Marina, while his daughter sold Zenta India Pvt. Ltd, which was founded by him and his brother, for Rs427.9 crore in 2005, a year after she took over. In 2004, Zenta had been worth Rs16.5 crore. “My son has just got the occupancy certificate for the world’s tallest residential tower. My daughter sold Zenta when she was just 25. What more you want?" he asked.

Darshan Hiranandani also seemed to be in a conciliatory mood. “I find that legal solutions are never a final answer. But if she (Vandrevala) feels that will give a recourse, I am willing to go by any route that will make her happy," he said.

Darshan finds it “disappointing to have a family tussle", but he is more concerned about his father. He said he is moving on with his bigger infrastructure project dreams rather than being bogged by the row.

At least for 10 years, his main focus will be on the energy sector under H-Energy, building power plants and LNG terminals.

He’s always had an eye on the big infrastructure play, including roads and airports. “We have examined various proposals, including road companies and others, but I was not convinced—finally, zeroed in on power plant," said Darshan.

He has tied up funds worth Rs10,000 crore for a power plant with State Bank of India and is in the process of raising another Rs5,000 crore for the LNG terminal project at Dighi port. Darshan said the listing of the power company is also one of the options he is looking at in the future, apart from bringing a private equity player.

Niranjan Hiranandani said his group was building 1,000 low-cost flats under Mumbai’s slum rehabilitation scheme. On 30 March, the Supreme Court allowed the Hiranandani group to withdraw its plea against a Bombay high court order that restrained it from further developing a piece of land in Powai.

The high court had earlier stopped the construction until the company provided flats for people from economically weaker sections.

Experts are divided over the implications of these controversies for the Hiranandani group.

A senior real estate analyst, who requested anonymity, said the Hiranandani group was expending its energy on fighting controversies instead of focusing on its core strength.

But Kaustuv Ray, executive director at real estate consulting firm Cushman and Wakefield, said his clients were still interested in Hiranandani projects. “They are not too much concerned about these allegations or (the) family tussle," he added.

Kavil Ramachandran, who teaches family business and entrepreneurship at the Indian School of Business, Hyderabad, said the series of allegations and the family dispute are not going affect the Hiranandani brand.

“The brand damage will happen only when the group has long-term issues, or a major violation of law or fundamental issues," he said. Ramachandran did not comment on the family rift.

The family patriarch suggests that the media focus on the troubles it faces detracts from the group’s successes. “I am more interested in counting the work I have done to society, which business papers fail to understand," Niranjan Hiranandani said.