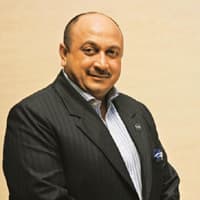 To start with, the owner of brands such as the premium Reid and Taylor menswear line will soon launch a clothing line with prices in the range of Rs175 to Rs400 for a shirt, to be sold through multi-brand outlets.

Once it is launched, SKNL, which has no presence in the economy segment now, will compete with Future Group in the branded apparel segment. For the Kasliwal family-owned SKNL, the plan is to classify its ready-to-wear domestic retail business into separate price and product categories.

“It is a long-term strategy and the plan is to enter different market segments and offer products at the luxury, super premium, premium, casual premium and mid-price levels," said Nitin Kasliwal, managing director of SKNL, in an interview last week in Mumbai.

So while the company’s flagship Reid and Taylor will retain its pricing and positioning, it will be expanded to multi-brand outlets and women’s wear would be added to the line.

The textile company, which sells UK’s Stephens Brothers menswear line in India through 10 outlets, will reposition it as a mainstream rather than a prestige brand.

Kasliwal said the aim is to improve front and back-end synergy for all the businesses and focus on increasing production capacity.

“We want to improve sourcing channels and launch more brands even in the luxury segment in the coming months," said Kasliwal.

SKNL will enter the premium, casual wear segment with a brand called Balmoral.

As the company sets to expand and revamp its brands, it recently won the approval of its shareholders to raise up to Rs1,000 crore through a qualified institutional placement, or QIP, this year.

In QIPs, a company raises funds by selling equity to institutional investors such as banks without involving retail buyers.

As part of its revamp, SKNL is also looking at increasing production of home textiles such as bed linen that it sells under the premium Carmichael House brand n the years ahead. Its current production of fabrics and apparel/home textiles is a 70:30 mix.

Kasliwal says home textiles has been the most challenging sector for the company. It had aimed for a revenue of Rs200 crore from home textiles last year, but managed about Rs80 crore, he said.

Plans for such quick expansion in an economic downturn come with both benefits and challenges, analysts say.

“In the Indian market, the strategy has to be long-term," said Harminder Sahni, managing director, Wazir Advisors Pvt. Ltd, a management consultancy. Sahni said there is potential for a mass brand if the company can convert a bulk of its consumers from the tailor-made to the ready-made segment.

As for its international business, S Kumars has a detailed plan for its newly acquired Hartmarx, which has made suits for US President Barack Obama and owns brands such as Hickey Freeman, Hart Schaffner and Austin Reed.

It will soon shutter about five of Hartmarx’s non-performing brands out of a portfolio of 35.

It will also source fabrics for Hartmarx from India and China rather than from only Europe, as is done now at high prices.

“Pricing is a major issue and we will do a lot of right sizing in terms of supply chain and logistics management," said Kasliwal.

S Kumars is developing a wholesale and retail channel in Europe for Hartmarx brands and has identified around 100 points of sale. It also plans to bring some of those brands to India over the next two-three years.

In another development, SKNL has signed the worldwide licensing agreement to design, manufacture and retail DKNY menswear, except in Japan, two people familiar with the matter said on condition of anonymity.

“Theoretically, it’s a wonderful strategy to plan expansion now and acquire international brands and it’s a power shift from Europe and US markets to India and China," said Sahni.