Mumbai: U.K. Sinha, the chief of capital markets regulator Securities and Exchange Board of India (Sebi) who took charge in February has, since then, made two decisions that have come as a shot in the arm for the National Stock Exchange’s (NSE’s) smaller, but older rival, the 136-year old Bombay Stock Exchange (BSE). 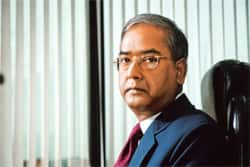 The battle among Indian exchanges has rarely been as intense as it is today, a time when Indian stock markets are going through their dullest phase since the global financial melt-down of 2008. The exchanges themselves have displayed a willingness to fight not just in the marketplace but also in the courts; Sinha wants to encourage competition; and the government is taking a keen interest in shaping the regulatory framework for exchanges, adding colour to a rapidly evolving landscape of Indian bourses.

In a recent interview, Sebi chairman U.K. Sinha lamented the lack of competition in the exchanges business and said he would take “policy measures to ensure that there is competition". He added that he would try to dispel the notion that Sebi is closer to NSE than to other exchanges.

This perception has gained ground owing to the histories of the two. When NSE and Sebi began their operations in the early 1990s, they faced a common foe in the broker cartel that dominated BSE, Asia’s oldest bourse. NSE, a corporatised and demutualized exchange, helped Sebi clean up the mess Indian capital markets were in after the Harshad Mehta stock exchange scam in the early 1990s. A demutualised exchange is one where there is a separation between ownership and management of the exchange.

Sebi has often outsourced some parts of its regulatory function in the past for lack of investigative abilities, said Rajesh Chakrabarti, professor of finance at the Indian School of Business, Hyderabad. As competition between exchanges intensifies, it is imperative that the regulator does the job in-house, he added.

NSE currently has a 98% share in total turnover in Indian equities.

The two decisions of Sebi that have brought cheer to BSE are: allowing market-making for illiquid derivatives and approving the launch by BSE of 134 stock derivatives using NSE for settlement as the underlying stocks are not liquid enough on BSE. “Sebi has been quite proactive in the recent past in taking decisions on enhancing market liquidity as well as on introduction of stock derivatives," said Madhu Kannan, managing director and chief executive officer, BSE.

Executives at the exchange admit that the fight to win market share in derivatives will be long-drawn, but add that Sebi’s approvals have already allowed it to fill in the missing links in its strategy to take on NSE by offering an altogether different derivative product.

Other parts of the strategy include having a contract cycle different from the one NSE offers and introducing physical settlement in stock derivatives.

The combination of physically settled derivatives and a revived stock lending and borrowing system (SLBS) will enable BSE to target a new investor base for derivatives trading, said Sayee Srinivasan, head of product strategy at the bourse and a key person in Kannan’s eight-member team that was asked to come up with a plan to revive the exchange.

Sebi’s growing willingness to allow exchanges launch new and differentiated products might be just what BSE needs as it tries to raise its share of the pie in the cash segment and build a viable derivatives platform.

Historically, Sebi hasn’t been too keen on product differentiation; this has limited the number of equity products on offer which means exchanges largely compete only on pricing. NSE’s rivals like to blame the exchange for this lack of innovation but the fact remains that the regulator found comfort in being conservative.

“The lack of innovation is not just because exchanges lack innovation, but also because you need regulatory approvals in many cases," said Jayanth R.Varma, professor of finance at the Indian Institute of Management, Ahmedabad, and chairman of Sebi’s secondary market advisory committee.

Sinha’s predecessor C.B. Bhave took the first major step towards allowing exchanges to decide for themselves whether they wanted derivatives to be cash-settled or physically settled.

Sinha has been bolder. He has not just allowed market-making but has left it to the exchanges to decide the compensation scheme they want to adopt, as long as they are transparent about it and do not show preferential treatment for particular market-makers. He also said that if BSE hires market-makers for a set of derivatives, NSE could do the same for those derivatives even if those are liquid on its bourse. And his move to allow BSE to introduce derivatives on stocks that are not liquid enough on the bourse but meet the criterion at NSE, wasn’t something Sebi was comfortable with earlier.

“BSE has been trying very hard to innovate but it is too early to say whether these initiatives will be enough," said Satish Menon, director, Geojit BNP Paribas Financial Services Ltd, among the first brokers to start derivatives trading in India. “However, if the innovations appeal to many users, even NSE would follow with similar innovations and the market would benefit."

The tussle for a share of the derivatives pie is only part of BSE’s larger strategy to take on a larger rival. The exchange has successfully lobbied for smart order routing (SOR), which could add liquidity to the bourse.

The SOR mechanism helps investors get the best price for their transactions across exchanges by routing orders to them. It is one of many algorithms used by brokers. The introduction of SOR was dogged by serious differences between BSE and NSE. While BSE was keen on introducing SOR as it expected it to bring more liquidity in the cash segment and revive its sagging fortunes, NSE stressed on the need for time stamps on trade orders and audit trails.

Finally, Sebi had to intervene to sort the issues.

Algorithmic trading is the use of computer programs for entering trading orders, with the algorithm deciding the timing, location, price or quantity of the order.

Direct market access, allowing for these trading programs to directly place orders without human intervention, was permitted in April 2008.

Since then, algorithmic trading has grown rapidly in India, with around 60% of the order flow on NSE coming from co-located servers. Co-location is a facility provided by exchanges for brokers to keep their automated servers on the exchange floor to place orders directly.

In the case of BSE, a trader only needs to inform the exchange if he is using algorithms. NSE’s process is more stringent.

This has often been an issue of conflict, with brokers and BSE maintaining that the regulator rather than NSE should decide on approving or rejecting an algorithm.

“I do not see any reason why an exchange should decide which algorithms a trader should use," said Srinivasan. “Any regulation should focus on a transparent set of rules."

Experts say that Sebi will have to step in eventually. “Whether you like it or not, the use of algorithms would grow and, therefore, regulators have to learn to come to grips with them," said Varma.

Despite the changes, BSE has seen its market share slide. “There are several challenges in turning around an institution like the BSE, which has legacy issues," said James Shapiro, BSE’s outgoing head of market development and another key member of Kannan’s team.

Tomorrow: The MCX-SX issue and the Jalan committee’s report.