New Delhi: A partner at UK-based law firm Allen and Overy Llp., Jonathan Brayne was recently named chairman of the firm’s India practice. He was in the country earlier this month to meet his counterparts at Trilegal, a domestic firm with which Allen and Overy has a client referral agreement.

In an interview, he spoke about the emerging trends and opportunities in corporate law practice in the backdrop of the economic downturn and about tie-ups between Indian and international law firms. Edited excerpts:

How has the economic crisis affected the practice of corporate law and the business of law firms?

The economic meltdown has affected law firms... There is a significantly lower deal volume now. Most corporate lawyers rely on volumes of deals and the combination of all these factors means that there is much less activity going on than there used to be. That is a big impact on our business and that of any of the major Indian law firms as well. These are just inevitable consequences of the slowdown in activity that has impacted the real world. 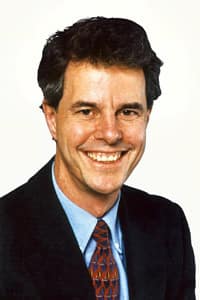 Legal view: Jonathan Brayne, a partner at Allen and Overy and chairman of its India practice.

We’re always competitive but in today’s markets, with most clients cutting their budget, we are making sure they get value. Part of it is to help them by providing cost-effective solutions like offering online legal services. For instance, there are some areas of legal advice that banks and companies have to ask for routinely. Different parts of the banks at different locations are asking the same questions. So there is duplication. To syndicate that advice we identify frequently asked questions across numerous countries and present them with answers in a visually attractive and condensed way. The consequence is that they get the service at a better rate. We are helping legal departments of our big clients that are suffering cuts not in the traditional way of charging half, but by approaching their problems in an innovative way.

What are the opportunities that this slowdown offers law firms?

Equity financing is one opportunity. As bank lending and capital markets have been much quieter, companies that would have previously been refinancing in their ordinary course haven’t been renewing debt and refinancing. Since August 2007, it became harder for them and even harder since September last year. Now there is this demand of companies that need to refinance in the next two years and they won’t be able to look at traditional sources such as bank lending and capital markets. The option for companies to raise capital is through rights issues.

Companies will be calling on existing shareholders in the next 6-12 months. Private equity houses that invested in conventional ways will be taking stakes through placings, and so on. Structured financing is another area, especially in infrastructure and energy projects. Since these are long-term projects, the ups and downs of the market will not have an impact on them. So project finance, being immune to the economic cycle, will carry on. Litigation presents another opportunity. When you are not making money in the constructive normal way, you look for other opportunities.

What about insolvency and restructuring practice?

Restructurings and insolvencies have been gathering momentum, particularly in consumer-exposed areas, like airlines, retail and to some degree financial services. But the dam has not yet broken and hopefully will not. However, if bank liquidity doesn’t revive soon and commercial banks don’t resume their former role of lending to each other and to the corporate world, then we are likely to see more widespread insolvencies and restructurings.

Did the economic downturn have an impact on the business of Indian law firms?

Luckily in India, there is just a slowdown in the growth rate unlike the UK where we are talking about negative growth and recession. Implicit in all of this is that economic dislocation will be shorter and drop in deal volumes will be lower. The impact going ahead will be less severe. When the pressure in the corporate world in the US and Europe is to cut budgets and reduce costs, it is a huge opportunity for the legal process outsourcing industry in India.

It is mainly on the litigation side. Mostly documentation and data review work are being outsourced to specific companies in India that are into legal process outsourcing.

UK law firm Clifford Chance Llp has now entered into a client referral agreement with AZB and Partners. Your firm tied up with Trilegal last year. Is this trend likely to continue till the Indian government opens the door for foreign firms?

International law firms have always had such informal arrangements with other law firms across the globe. The small number of global law firms is the most consistent investor in the global network through different economic cycles. Among that group, firms such as Clifford Chance, Linklaters Llp. and Allen and Overy already have such tie-ups. I would expect them to stay with it. Other global law firms are less tried and tested. One cannot tell whether this would be the moment they would tie up with Indian firms. But it could be a low-cost way to build a presence and profile in India.

I think it would be logical for other firms to have such tie-ups to test the water and get a sense of whether there are opportunities in India once the foreign firms are allowed to practise here. We will find ways to carry on such associations while keeping up the spirit and letter of the rules in India.

The tie-ups are potential indicators of the opening up of the legal services sector here. There have been recent positive developments on this front like the passing of the Limited Liability Partnership Bill and the Bar Council of India relaxing rules on online legal advertising. But one swallow doesn’t make a summer. It is for the Indian government and the Indian legal fraternity to ultimately decide when they are ready.