New Delhi: Realty developers, home financiers and stakeholders in the real estate industry say the government and local bodies should encourage the development of affordable housing through fiscal incentives, financing rates for housing be brought down and property developers should reduce prices if demand for real estate is to be revived.

/Content/Videos/2009-01-29/2801_Mint Real Estate Summit_Pkg_MINT_TV.flv1df032cc-ed53-11dd-bb8f-000b5dabf636.flv“The government should give greater push to affordable housing by restoring section 80 IB," said Rohtas Goel, chairman and managing director of real estate developer Omaxe Ltd, participating in a panel discussion on real estate organized by Mint on Tuesday evening in New Delhi. “How can the government withdraw it after declaring 2009 as the year of affordable housing."

Section 80 IB (10) of the Income-tax Act provided for tax holiday for houses less than 1,500 sq. ft to generate interest of developers in so-called low-income group housing. This tax benefit was available to developers until 31 March 2007. 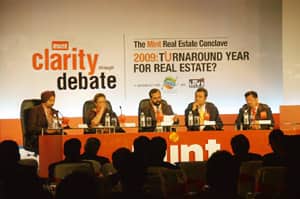 Dialogue: The panellists and the moderator, Mint’s Josey Puliyenthuruthel (centre), at the Mint Real Estate Conclave in New Delhi on Tuesday.

“We are also asking the government to reduce home loan rates, which have gone up from 7% to 14% now," he said.

Last year, Omaxe had said it will invest Rs80,000 crore over the next three-five years in developing one million affordable houses in tier II cities such as Indore, Raipur, Rohtak, Sonepat, Chandigarh, Bhiwadi and Ludhiana. The affordable houses would be priced below Rs20 lakh.

Housing Development Finance Corp. Ltd, the country’s leading home financier, was of the view that growth rates in realty demand were certainly down, but it was nothing close to a “doomsday scenario", according to joint managing director Renu Sud Karnad.

The lender’s growth in home loan disbursement has come down from 28% to 22%. But banks are still lending to homebuyers. “I don’t think banks are reluctant to lend to individuals, especially (in the case of) banks in the retail sector," she said. “Public sector and private sector banks are lending to individuals."

However, banks are adopting a cautious approach for lending to the real estate industry, Karnad said.

“I think the Reserve Bank of India took a wise decision that acquisition of land by developers should not be funded by banks. A lot of developers were diverting money to land acquisition and not completing projects," she said.

A resulting squeeze on liquidity has put the brakes on land acquisition by developers and made even working capital harder to come by, said Sanjay Verma, executive managing director of real estate consultancy Cushman and Wakefield.

“Demand is not as big a problem as credit is," he said. “Demand is inherent in this country and by May-June interest rates will also soften. My fear is that when demand picks up, there might be no supply because developers are starving for working capital."

This, in turn, he said, could result in prices of realty and housing assets soaring once again with supply of completed real estate projects on the wane, Verma said.

Red Fort Capital, a private equity fund that invests in the Indian real estate market, was seeing an increase in demand for what its managing director Parry Singh called “completion capital" from developers whose projects are stuck mid-way for lack of funds to complete them.

“A lot of partners that we look at don’t have the money to complete the projects," Singh said.

He said developers are suffering because many of them had bought land at high prices and are finding it difficult to generate cash for construction, especially for commercial properties which are hard to underwrite.

Kumari Selja, minister of state for housing and urban poverty alleviation, recently said at an industry conference organized by trade magazine RealtyPlus that the government was urging states to reduce the cost of land.

The government is also looking at relaxation in so-called floor area ratio (the percentage of built-up floor space on a given plot of land) and offering financial incentives to promote affordable housing.

Cushman and Wakefield’s Verma said it was difficult to predict when demand for real estate would recover, but his firm believed it could happen in the next 12-14 months.

“In India, what we are seeing is a cyclical variation trend and not a structural bust in real estate," he said, stressing the distinction between revival of demand and asset prices. 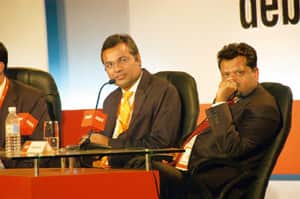 In India, we have seen very little impact of the subprime crisis on real estate. With the exception of Japan, no other market in Asia has the same issue in its economy.

In India, China and Japan, the credit squeeze started when fiscal control started. That said, the problem real estate and other markets face is pretty much the same all over the world.

India will revive sooner because we have the buffer to give stimulus to the real estate sector.

Last week, PricewaterhouseCoopers and the Urban Land Institute came out with a study which for the first time has three Indian cities in the list of top 10 cities in the world that are the most attractive real estate investment destinations. The three (cities) are Delhi, Mumbai and Bangalore.

Two Indian cities—Mumbai and Bangalore—also figured in the list of top 10 cities in the world for real estate development, according to the report. 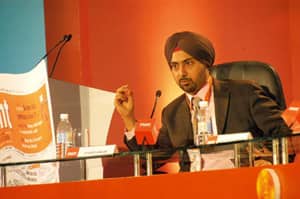 There are three things that can stimulate real estate demand in India. The first is the completion of real estate projects. This will improve consumer confidence. The second point is adoption of value engineering by developers to reduce construction costs, and the third is lowering of interest rates by the government.

Well-priced products are still seeing demand. Akruti City (Akruti City Ltd) recently launched a project in Thane which is doing exceptionally well. I saw eight flats being sold on last Saturday afternoon. We also have a project, Indu Greens, with one of our partners in Hyderabad that is very successful. The project is priced at Rs2,200-2,800 per sq. ft and such houses are selling well. We are also seeing credit disbursements being given by banks to buyers of apartments in this project.