GE sets up facility in Bangalore to refurbish medical equipment

GE sets up facility in Bangalore to refurbish medical equipment

Bangalore: GE Healthcare, an arm of US conglomerate General Electric Co., is setting up a facility in Bangalore to refurbish medical equipment, a segment that constitutes about 7-8% of its total sales in India. This will be GE’s fifth such centre outside the US. 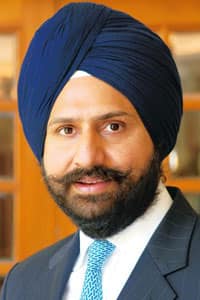 For makers of expensive medical equipment, a makeover may be more attractive than manufacturing in lean economic times.

Siemens Healthcare, which started the refurbished systems business in India in 2007, now comprising 5% of its total sales in the country, refurbishes advanced machines at its headquarters in Germany and entry-level equipment at its facility in Goa.

As healthcare providers grapple with ways to offer better services at lower cost, refurbished equipment offer an alternative because they come with a warranty and clinical applications support system, but cost 30-40% less.

“Hospital chains are struggling to meet the price points; it is economics that will drive this business in India," said T.P. Chopra, chief executive and president of GE in India.

Globally, GE’s refurbished medical systems business grew to $400 million (Rs1,984 crore) in revenue in 2008 from $30 million in 1997. In India, where the business is growing at 18%, the new facility will overhaul about 150 units each of imaging systems every year. It will also cater to other markets including South-East Asia and Eastern Europe.

Though India’s import of medical devices has grown exponentially in the last decade, there’s no regulation to monitor the quality and efficacy of the imported instruments, which include second-hand units.

“About 120 CT (computed tomography) scanners get dumped in India every year, yet there’s no regulation for a quality seal," said V. Raja, president and chief executive, GE Healthcare South Asia. CT scanners have a radiation dose and it’s particularly important to ensure that the level of radiation hasn’t increased over time, he added.

In India, for CT scanners, the refurbished market is predominantly catered by third-party vendors who are not authorized by the original manufacturers and are generally not licensed to sell or maintain refurbished CT scanners, said D. Ragavan, executive vice-president of Siemens Healthcare in India. “They often buy old equipment from foreign partners and sell them as it is, because these units come at a very low price point."

In the absence of regulation, quality control, or any systematic effort to assess newer technologies, the medical devices market in India remains a muddled space. According to a recent study, published in the March issue of the journal Expert Reviews, medical device imports to India increased by 1,300% between 1988 and 2008 to about Rs5,100 crore.

“Despite some notable exceptions, the limited evidence available points to the inefficient, inequitable and inappropriate use of medical devices in India," said the study. Ajay Mahal, study author and professor at the department of population and international health, Harvard School of Public Health in Boston, says high-end technologies are being dumped in the country.