Sunil Nair | Valuation is one of the biggest challenges in India

Sunil Nair | Valuation is one of the biggest challenges in India

According to Sunil Nair, managing director and head for Europe, West Asia, Africa and India at CVCI, the fund will focus on the consumption theme in India across sectors such as pharmaceuticals, healthcare and retail.

In an interview to Mint over video conference from London, Nair, who took over the responsibility of the Indian market about eight months ago, elaborates on the PE firm’s plans for the South Asian nation. Edited excerpts:

What is the significance of India in CVCI’s overall portfolio?

India is the single largest country in terms of investment at this point of time. Currently, we have an Indian portfolio of around $800 million (Rs 3,576 crore) across 20 investments. 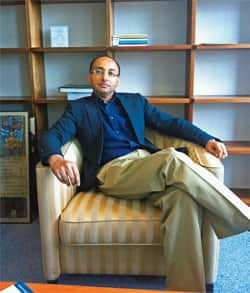 Select sectors: Nair says the fund will focus on consumption across pharmaceuticals, healthcare and retail.

Many CVCI’s top executives have left the firm. Is the fund unable to retain talent?

What I have been doing over the past several months is focusing on building the existing franchise here. In that context, I have been looking out for the right kind of talent to add to the team. At the end of the exercise, which I have nearly completed, in the next month or so, we will have the enhanced team in place.

We will have a team of 13–14 people on the ground in India, up from around 10 people earlier, and will include people with different backgrounds. Some of the new members are from within Citi globally and some from outside. There is competition for talent in the market, which global funds like us cannot avoid, but we have been able to attract the right talent.

What kind of deals will CVCI look to do in India?

The kind of opportunities that we look for in India is aligned with the global CVCI model and based on certain specific themes. One of the key themes is consumer demand-driven growth. High-growth consumption theme includes sectors like pharmaceuticals, healthcare and retail in some markets. Some of the deals that we currently have in the pipeline in India are in these particular sectors, though not yet in retail because of the current investment restrictions.

The second key area is infrastructure, which includes energy, ports, telecom infrastructure and construction. The third key area is in terms of industry consolidation. In such cases, we look for smaller companies that we can buy and create something larger through acquisitions. So for instance, last year in Bulgaria we bought a company in the animal healthcare business. It’s a very niche segment in the global pharma market. We are trying to look for similar companies around the world to create a larger play.

The fourth theme we look for is cross-border deals. Here, we look at two specific areas. One, where we may buy a company in developed countries like the US or Europe and move the cost base to developing markets. This is the backdrop in IT (information technology) and ITeS (IT-enabled services) investments, and we are looking at something similar in generic pharmaceuticals. The second segment of cross-border deals is where we are helping Indian companies to acquire companies abroad by providing acquisition financing.

Generally, I think our investments would be in larger transactions, which are $50-100 million in size. That does not mean that we would not look at deals which are smaller in size. We would look at them if we believe that they are exceptional cases in terms of making substantial returns and that we don’t have the ability to get that kind of value elsewhere. It’s then that we would make a small investment and then grow with that. This approach applies to India and to the rest of the emerging markets. One of the most recent investments that we announced in a microfinance institution in India was effectively a much smaller investment. We subsequently saw some clarity in terms of RBI (Reserve Bank of India) rules and that was something welcome for the investment.

Globally you are known to do buyouts. Is India an ideal market?

Going forward we would have a bit more focus on that. It is one area of focus for us and augmentation of the team here locally is intended to bring people with that kind of experience and expertise. In India, there have been a few buyout deals, but this proportion will increase because that’s been a key for us in other markets. Entrepreneurs have been very reluctant to give up control, but that has changed over a period of time in the emerging markets.

Globally similar trends can be seen in markets like Turkey and Egypt, which have promoters who are very similar in many respects to Indian promoters. In Turkey, for example, where we have invested close to half a billion dollars in the last three-four years, we have done two buyouts. In India, too, people have become much more sophisticated, much more open to ceding control, and you would have already seen that happening in some sectors like pharmaceuticals, where promoters in the past who were less inclined to give up control are now willing to do that. I think that trend is likely to grow as PE markets mature in India, and clearly we want to be prepared for that. We have within our pipeline a few deals where control is available if we were to desire so. Minority stakes are predominantly going to be the kind of deals that you would be seeing in this market. But I think we need to be prepared and have necessary resources to do control transactions.

What are the challenges in investing in India?

One of the foremost challenges is valuation. If I look across the emerging markets, I see valuations in India are on the higher side compared to many other markets, and that is the function of expectations and a large number of funds being active. There is a lot of cash to be invested and there are a lot of funds that invest in one market because these are the only markets they can invest in, and that drives high valuations. The other challenge I would say is that a lot of deals are minority deals and the issue is in terms of exits from these transactions. Exits from significant minority stakes through the listed market are not that easy. The daily float of many listed companies is not sufficient to be able to exit from the significant positions without causing a significant change in the underlying value of the stock prices. It will over time be sorted out as markets evolve and become more sophisticated, and as you would have more secondary stake being acquired by other PE houses. The third challenge is in terms of structuring of deals, and there are regulatory constraints involved in structuring of some deals. As markets evolve, we would see more favourable regulations with regards to that aspect, which could facilitate more direct investments coming in.