Brands erect roadblocks on the air to get ahead of competitors

Brands erect roadblocks on the air to get ahead of competitors

New Delhi: Tough times call for smart ideas. And MTV India, the music channel from the Viacom 18 stable, is providing a leading consumer electronics company just that by offering it an entire day’s commercial airtime and integrating the brand with content to form a mammoth roadblock close to Diwali.

“It’s work in progress so we cannot disclose the name of the company, but it’s safe to say that the roadblock is one of our biggest initiatives this quarter," said Ashish Patil, general manager, senior vice-president, creative and content at MTV. 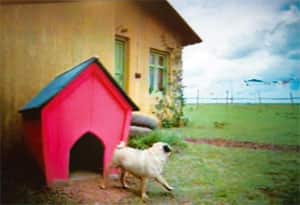 Trend setter: Roadblock advertising has been on the rise since the concept was established a hit when Vodafone tied up with Star in 2007.

In the last one year, for instance, MTV has signed roadblock advertising deals with firms such as Nokia India Pvt. Ltd, ITC Ltd (for Bingo) and Cadbury India Ltd. And on 24 September, all the 25 television channels in the Zee Network will only air commercials from Hindustan Unilever Ltd’s portfolio, including brands such as Surf Excel, Dove, Rin and Axe—a deal that perhaps cost the personal and home products firm Rs10 crore for the day and Rs8 crore a week earlier in a similar deal struck with Star India Pvt. Ltd for time on all 10 channels on its network, according to estimates by a senior executive from a media buying agency.

The two broadcasters have already got more roadblock deals in the offing for the festive season—Zee has tied up with a telecom company for another roadblock next month, confirmed Joy Chakraborthy, chief revenue officer, Zee Entertainment Enterprises Ltd (ZEEL), while Star has for the first time extended the roadblock advertising concept to it’s Internet video site, www.startv.in where for five days beginning 22 September, the ad-film for Tata Photon Plus, the mobile broadband service of Tata Teleservices Ltd, will run before every video played on the site.

According to advertising industry experts, roadblock advertising has been on the rise since the concept was established a hit when Vodafone Group Plc tied up with Star Network for a similar initiative to communicate the change in its brand name from Hutch to Vodafone in 2007. “Vodafone’s roadblock initiative with Star brought in 90-95% brand recall and opened up a new avenue for advertisers wanting to make a splash," said Priti Murthy, national director, Insights, the research arm of media buying agency Maxus.

She feels that the slowdown in advertising has affected media consumption patterns. “A lot of smaller advertisers are coming on board mass platforms like general entertainment channels to get maximum visibility. This in turn is leading to overcrowding in the space earlier dominated by a handful of big spenders. Roadblocks help the big spenders create a non-competitive space and, hence, break out of the clutter," she said.

The CEO of a general entertainment channel, however, feels that roadblocks are getting too blatant. “Channels should not cross the line as they have other clients to manage," he said.

Experts also point out that the roadblocks signal a revival in advertising spends. “The fast moving consumer goods (FMCG) sector increased ad spends in the last quarter by 30-40% and is likely to increase it further now with the economy stabilizing and this gives them a lot of headroom for advertising because of the high gross margin expansion (of FMCG companies)," said Anand Shah, a media and FMCG sector analyst with Angel Broking Ltd.