New Delhi/Mumbai: Jet Airways India Ltd., the Mumbai-based carrier trading at the lowest since June 2015 on deteriorating finances and rising default risk on its debt obligations, said it is servicing all its loans on time in spite of surging fuel prices.

“We are regular in all our payment obligations to all our banks and statutory dues including provident fund obligations. Our account with all the banks as on date is standard," Jet Airways said in an emailed statement on Saturday. The carrier had a total debt of ₹ 9,430 crore ($1.4 billion) as of 31 March 2018, according to data compiled by Bloomberg. 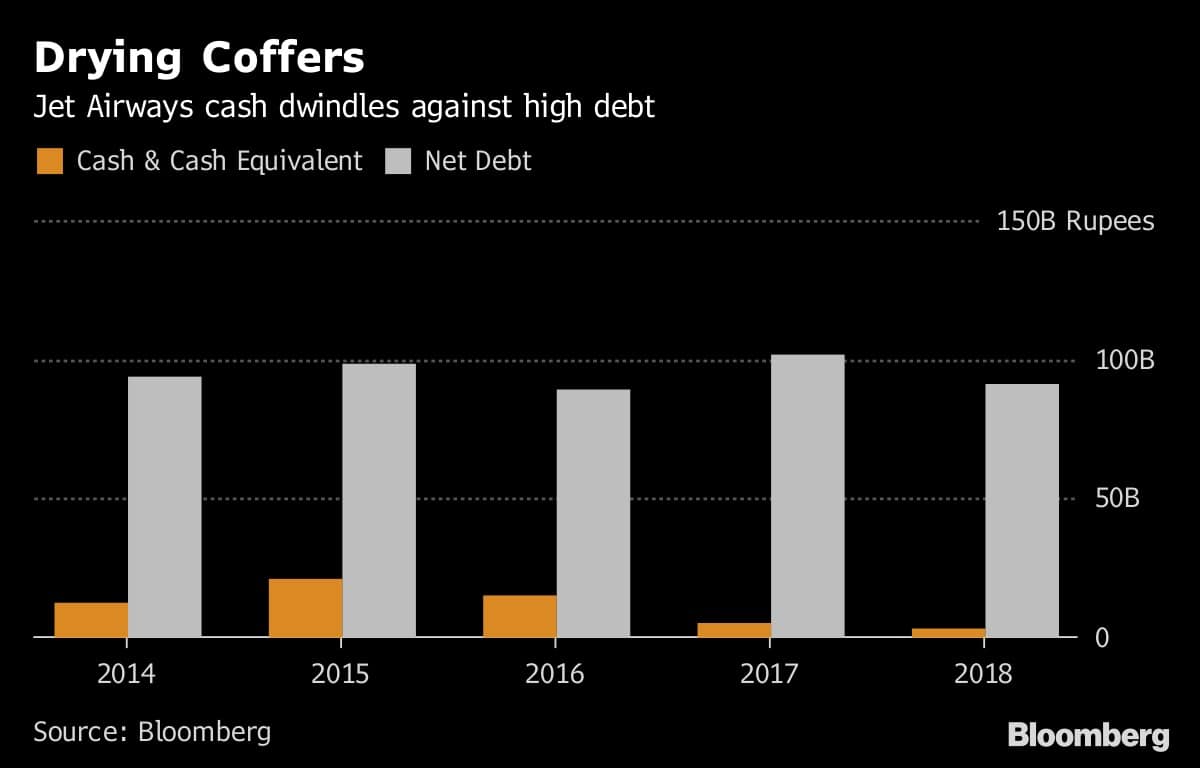 Shares of the carrier, part-owned by Etihad Airways PJSC, plunged 8.5% on Friday in Mumbai after the company postponed announcing its first-quarter earnings. Earlier this month, the company had denied a report that it needed drastic measures to cut costs and bolster its finances as the airline was facing competition from budget carriers in the South Asian nation and fuel prices were surging.

According to the statement, Jet Airways has been continuously working on “various cost and revenue initiatives to mitigate the significant increase in fuel rates and depreciation in rupee."

The firm’s total debt ballooned to 55.4 times earnings before interest and tax as of 31 March, compared with 4.9 times the previous year, data compiled by Bloomberg shows. The probability of the airline failing to repay its obligations in the next 12 months is near the highest since October 2015, according to a Bloomberg Default Risk model, which tracks metrics including share price, debt and cash flow.