New Delhi: With global crude oil prices cooling, the Indian government is likely to face increasing pressure to cut prices as losses of selling fuel below cost at state-run oil marketers are estimated to fall by 22% to Rs1.6 trillion in the current fiscal year. 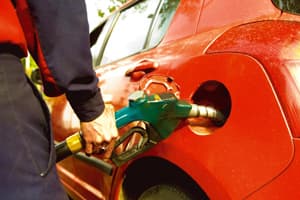 Political parties are already clamouring for a reduction in fuel prices as they face elections in six states this year and a general election by May 2009.

“We were told that the government could not consider a cut in fuel prices unless the international prices fall below $100 (Rs4,450) per barrel. But the matter is very serious, especially when we are going to face the polls," said Tariq Anwar, a Rajya Sabha member and leader of Nationalist Congress Party, a constituent of the ruling United Progressive Alliance (UPA). “I hope the government will take some steps, at least by November."

The government raised domestic fuel prices by about 10% on 4 June, when international crude oil price touched $123 per barrel. The prices are currently around $109.51 per barrel.

“We are all praying for the prices (of crude) to further come down," said petroleum minister Murli Deora. “Only once that happens, such a step can be considered."

Before the price hike, domestic oil marketers were expecting to post losses of Rs2.45 trillion in the financial year to March.

“Unfortunately, the rupee has (also) depreciated. Had this not happened, the under-recoveries would have been further reduced," said S.V. Narasimhan, director, finance, Indian Oil Corp. Ltd, the country’s largest oil refiner and marketer.

“If crude prices remain at the same level and the rupee doesn’t depreciate further, the under-recoveries would be much less than the Rs2,05,000 crore estimated after the June price increase."

IOC’s under-recoveries, or notional losses of selling below cost, are now expected to be around Rs85,000 crore,he said.

India is capable of refining 149 million tonnes per annum of crude, and IOC has a 50% share in the oil marketing business. The other firms are Bharat Petroleum Corp. Ltd and Hindustan Petroleum Corp. Ltd. IOC posted a net profit of Rs415 crore for the quarter to June, down 72% from a year ago.

It was, however, the only oil marketer to turn a profit during the quarter. Both Hindustan Petroleum and Bharat Petroleum reported losses of Rs888 crore and Rs431.3 crore, respectively.

The recommendations did not find favour either with the oil ministry or political parties. Inflation in the country is ruling at a 16-year high, fuelled by rising fuel and food prices, and hitting India’s millions of poor the hardest.

“The government should do something as the reduction in oil prices will lead to decline in the prices of essential commodities, too," said Devendra Prasad Yadav, a Lok Sabha member and leader of Rashtriya Janata Dal, another constituent of the ruling coalition. “It will help the common man, especially like those in Bihar, who are suffering from natural calamities."

S. Ramachandran Pillai, leader of the Communist Party of India (Marxist), agreed.“The government should immediately take some steps to bring down the prices of petroleum products. There is a possibility that the Left parties would meet soon to discuss the issue and make a joint demand for it."