Mercator is the only local tanker owner, among the four in India, that participated in an enquiry floated by the government’s ship chartering department Transchart on 30 July for hauling as much as 85,000 tonnes of crude from Iran for state-run oil refiner MRPL Ltd.

Spokespersons for Transchart and Mercator confirmed the development. 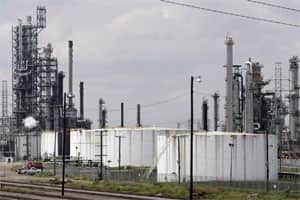 The enquiry was the first to be floated by Transchart to fix a ship on spot basis for MRPL after the European Union banned the purchase, transport, finance and insurance of Iranian oil from 1 July, reacting to its nuclear programme.

Great Eastern Shipping Co. Ltd, India’s biggest private ocean carrier, said it did not participate in the enquiry. “We haven’t yet decided on going to Iran with the $50 million cover to transport crude into India," a spokesperson for Great Eastern said. Great Eastern had an annual contract beginning April with MRPL to ship crude from Iran but was not able to do so due to non-availability of third-party cover.

Another top Mumbai-based tanker owner said it did not quote for the MRPL parcel because the United India cover was still not in place. “The insurance regulator has approved the third-party cover of United India Insurance, but the modalities of the cover are yet to be worked out," an executive with this company said, requesting anonymity.

“The cover was launched on 9 July. Anybody who wants to take this cover can go to our Mumbai office to complete the formalities," a spokesperson for United India said.

The premium for a voyage varies from $15,000 to $25,000 depending on a ship’s capacity, according to the cover launched by United India.

A Kolkata-based tanker owner said it did not participate in the enquiry as the dates did not suit it. “We have two ships in that (Persian Gulf) region, but both don’t meet the shipment dates of MRPL crude," said a spokesman for the firm, also requesting anonymity.

Indian tanker owners said the scope of the United India cover was too less compared with what the IG Clubs offer.

IG Clubs insure around 95% of the world’s tankers, placing a $1 billion limit on individual claims that involve pollution damage and wreck removal.

“It’s not just paying premium; suppose something happens, the insurer has to provide proper service to us. Before we go ahead, we have to make sure that the product is clearly understood by the insurance company," an executive with one of the tanker owners said.