JN port dithers on scrapping contract given to DBC Port

JN port dithers on scrapping contract given to DBC Port

Bangalore: Jawaharlal Nehru (JN) port is yet to issue a show-cause notice to DBC Port Logistics Ltd after its board of trustees decided on 14 May to scrap a contract given to the firm for running a container freight station (CFS) on charges that it violated the licence agreement. 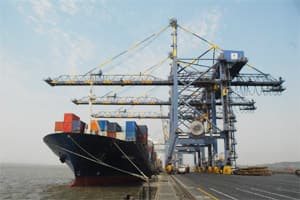 A spokesperson for JN port said the notice “had to be revised to incorporate changes that will strengthen our case against DBC".

DBC services the Union government-controlled JN port through which more than half of India’s container cargo is shipped every year.

A container freight station is a facility licensed by the customs department to help decongest a port by shifting container cargo and customs-related activities outside the port area. Due to customs procedures and space constraints at India’s ports, customs clearance takes place at CFS.

Of the 29 container freight stations that service JN port, only DBC’s tariffs are regulated by the Tariff Authority for Major Ports (TAMP) because its 68-acre facility is owned by JN port but was given to DBC on an operation and maintenance contract for 20 years beginning 1 January 2006.

TAMP, which also received complaints from users, advised JN port to “examine the matter and take necessary action to ensure that the provisions of the Major Port Trusts Act, 1963, and the licence agreement entered into between JN port and DBC are strictly complied with," a TAMP spokesman said.

The audit report concluded that DBC had violated the licence agreement by charging customers more than the rates set by TAMP and by sub-letting the licensed premises to other parties for doing business.

These violations attract termination of the contract.

The audit report was discussed by the board of trustees on 14 May.

The board decided to issue a notice to DBC asking the firm to explain its actions and show cause as to why its licence should not be terminated “as they have been found to have violated the provisions of the licence agreement", according to the minutes of the 14 May board meeting reviewed by Mint.

DBC has denied any wrongdoing, saying it did not default on any of the terms of the licence agreement signed with JN port.