Are ‘green’ buildings the solution to Indian cities’ pollution woes?

The implementation of green, sustainable buildings in India has been limited due to weak policy and poor awareness

Bengaluru/New Delhi: India’s ambitious mission to provide housing for all by 2022, build new cities like Amaravati and implement smart city projects will have to encounter serious environmental problems such as rising air pollution and conservation of critical energy resources, an indication that going “green" could be the only way forward.

Delhi remains the most polluted megacity in the world according to a World Health Organization (WHO) report released on Wednesday, which also estimated that about 7 million people across the globe are dying each year from exposure to ambient and household air pollution.

WHO compiled air quality data for megacities with a population of 14 million or more and found that Greater Cairo in Egypt is the second most polluted city, followed by Dhaka. Mumbai and Beijing were ranked fourth and fifth, respectively.

The implementation of green, sustainable buildings in India has been limited due to weak policy and poor awareness.

As part of efforts to promote sustainable buildings, International Finance Corporation (IFC), a World Bank arm, plans to scale up the use of EDGE, its relatively new tool for a green certification system, to empower developers in India to identify the most cost-effective ways to reduce use of energy, water and embodied energy in materials.

“Our tool appeals to the housing space and our aim is that 20% of new construction in the market should be EDGE certified," said Prashant Kapoor, chief industry specialist, climate change department at IFC. “The cost of doing green (buildings) is marginal and there’s a misconception that these are more expensive. Having less glass is actually cheaper than having a wall, for instance," he said.

In the last couple of years, EDGE has certified six projects across India and 29 are in progress. 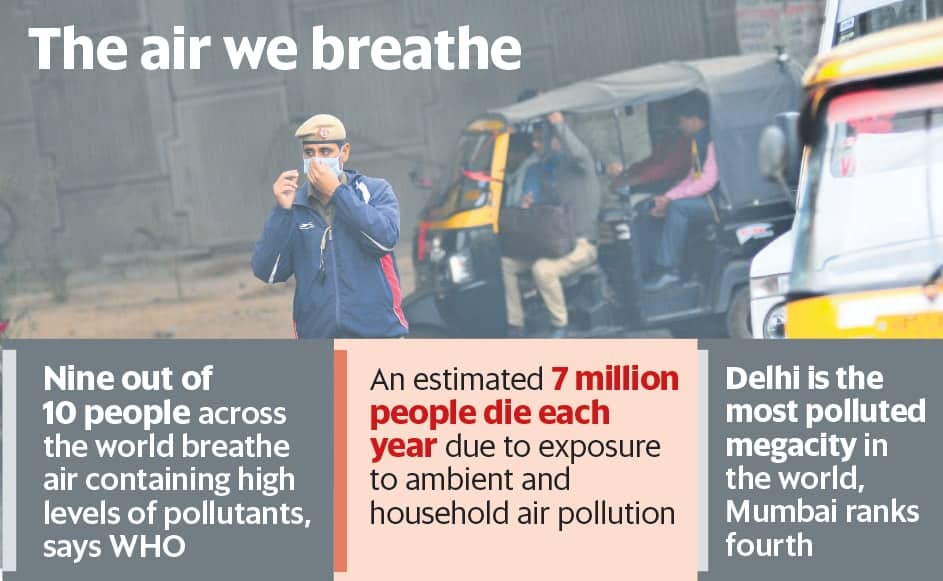 Fresh data in the WHO report shows that 9 out of 10 people breathe air containing high levels of pollutants. “Many of the world’s megacities exceed WHO’s guideline levels for air quality by more than 5 times, representing a major risk to people’s health," said Maria Neira, director of the department of public health, social and environmental determinants of health at WHO.

Over the last 15 years, around 1,868 projects have been registered in India for LEED (Leadership in Energy and Environmental Design) certification and over 800 have been certified, of which 60-65% are office buildings and 10-12% are residential. LEED-certified spaces use less energy and water, save money for families, businesses and communities and reduce carbon emissions.

“The choice today is not whether we should have green but that green should be embedded in whatever we build. LEED has set the bar very high and for every sq ft we certify, we don’t certify 4 sq ft. The biggest challenge in India is mindset and people like shortcuts here where they want the certification quickly. Implementation is key to whether people use our parameters or do it on their own," said Mahesh Ramanujam, president and chief executive, US Green Building Council (USGBC) and Green Business Certification Inc (GBCI). In India, IFC has tied up with GBCI as a certification provider for EDGE.

Sanjay Seth, senior director, sustainable buildings division, TERI, and CEO, Green Rating for Integrated Habitat Assessment (Griha) Council, said while there has been substantial progress in the field of green buildings, a gap will exist until the user, the last link in the chain, does not demand “green".

“Synergy is required amongst the architects, the real estate developers and the government agencies to design and deliver green buildings," Seth said.

Recently, Griha launched a rating for affordable housing which will focus on integrating sustainability into the construction proposed under the Pradhan Mantri Awas Yojana and push the boundaries of the green building movement in India.

“Developing a green rating for affordable housing is a challenge considering that green buildings are commonly perceived to be more expensive. Griha for Affordable Housing strives to demystify this myth of perceived cost and hence the rating is tailor made to incorporate cost-effective sustainability measures," he said.

The market-related advantages are many. Data collected by IFC show that in some of the cities, green projects sell at a 8% higher premium, they also sell 18 days faster. In the US, it was found that default rates are 33% lower if a building is marked as green, said Kapoor.

VBHC Value Homes Pvt Ltd’s budget housing project Vaibhava in Bengaluru, which is EDGE-certified, has achieved predicted savings of 33% in energy, 39% in water and 23% in embodied energy. The firm plans to build similar green homes across cities now.