Saab Auto files for bankruptcy after running out of options

Saab Auto files for bankruptcy after running out of options

Stockholm: Saab Automobile ABfiled for bankruptcy, bringing the Swedish car maker to the brink of shutting for good after failing to find investors to rescue the 74-year-old company.

Saab, based in the southwestern town of Trollhaettan, submitted its application with Vaenersborg District Court, and will hold a press conference as soon as the judge issues a ruling, Victor Muller, chief executive officer of parent company Swedish Automobile NV, said on Monday in a text message. 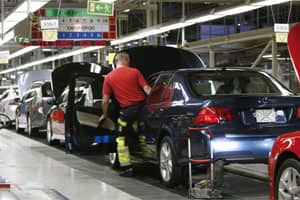 “It feels really tough," Mats Faegerhag, Saab’s product development chief, said on Monday in a phone interview. “We’ve been fighting so hard for so long. Saab is part of Sweden’s industrial history, and it’d be a big blow not just to us if we go under."

Saab began as Svenska Aeroplan Aktiebolaget in 1937, making airplanes, and started producing cars in 1947. Saab Auto split from the aerospace operations, now known as Saab AB, in the 1990s, with GM gaining a 50% stake in 1990 and full control in 2000. The US car maker put the brand on the block in 2009 as one of four divisions marked for sale or shutdown as GM worked to restore profit.

Saab Automobile was in talks with Jinhua, China-based Zhejiang Youngman Lotus Automobile and a Chinese bank to secure about €600 million in loans, Muller said on 7 December.

GM, which retains a say in Saab’s future because of the companies’ technology ties, said 17 December that it couldn’t support proposed alternatives as they are not meaningfully different from previous plans the Detroit-based car maker had rejected on the grounds they would hurt the US company.

Youngman, Chinese car dealer Pang Da Automobile Trade Co. and Russian banker Vladimir Antonov, a former Spyker shareholder, have all been failed suitors for a stake in Saab as Muller tried to fund the unit’s turnaround since its purchase.

“There is still a possibility for Saab to be rescued in one piece if a viable investor steps in," production chief Faegerhag said. “But that would have to happen quick, in a few weeks, because our employees will be looking for other jobs."

Saab’s collapse may also hurt competitor Volvo Car Corp., the Swedish auto maker owned by Zhejiang Geely Holding Group Co., as suppliers to both manufacturers will be hampered and may go out of business as well, Faegerhag said.