Ikea’s trouble is not termite in furniture, but caterpillar in biryani

Furniture retail giant Ikea's first India store in Hyderabad has been fined by the local civic body over food safety issues after a customer spotted a caterpillar in his biryani. Ikea has also been found to be violating rules on plastic use and waste handling.

New Delhi: Less than a month after opening its first India store in Hyderabad, the world’s largest furniture retailer Ikea is in trouble, not because its wooden furniture was found to be infested by termites but because of a caterpillar in its biryani.

Spread over 400,000 sq ft, Ikea’s Hyderabad store is billed as a complete family destination, with a huge 1,000-seat multi-cuisine restaurant and a separate play area for kids.

Ironically, no complaint has come to light about the quality of Ikea’s furniture, but the quality of its food has become an issue after a customer tweeted a photo of a caterpillar in his plate of vegetable biryani last Friday. 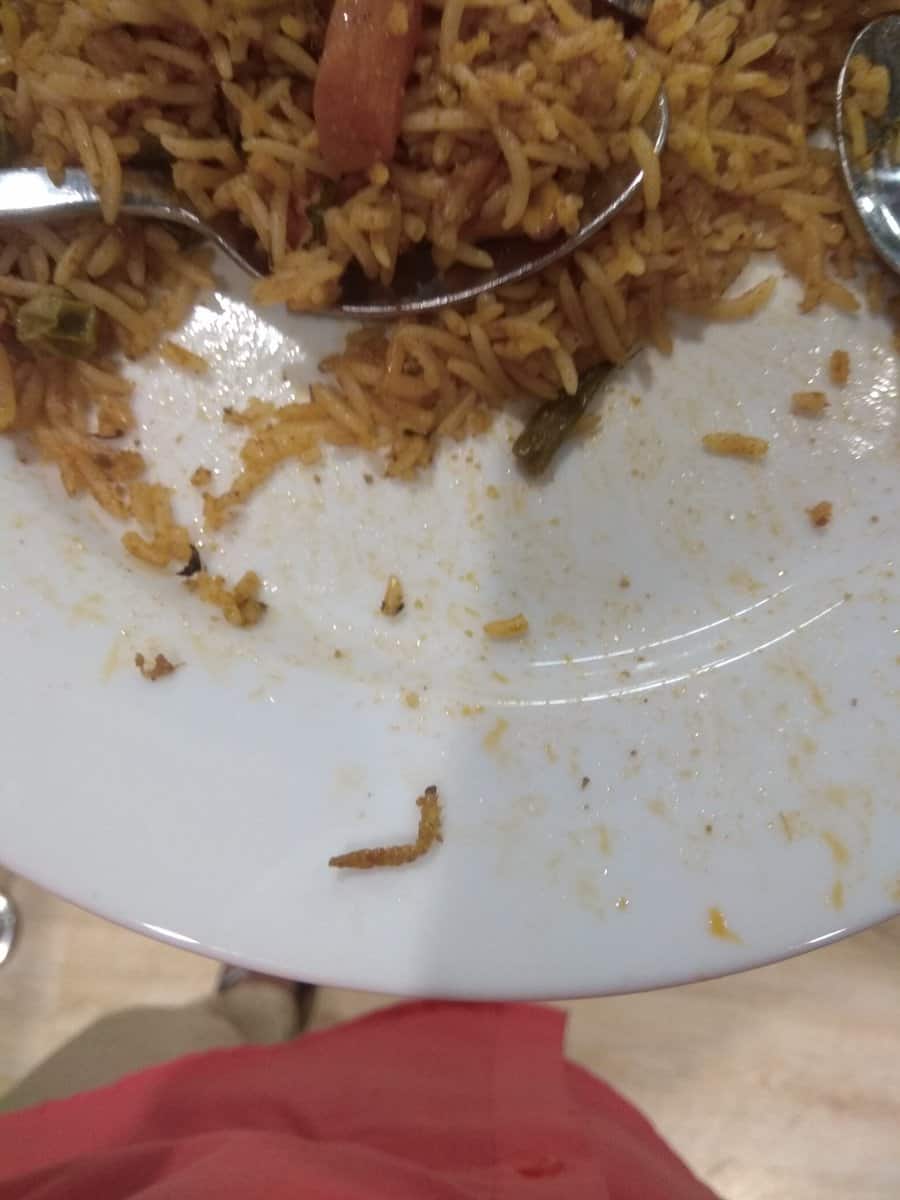 The caterpillar can be seen lying on the edge of the plate of biryani served to a customer in Ikea’s Hyderabad store. Photo: Twitter

The Greater Hyderabad Municipal Corporation (GHMC) has already issued a notice to the Swedish furniture retailer following a complaint over food safety.

Ikea’s troubles are not limited to a stray caterpillar. After food safety and health officials visited the store in Hyderabad’s Hi-Tec city, the retail giant was allegedly found to be flouting other rules also. According to a PTI report, officials found that plastic covers used in the kitchen were less than 50 microns. Besides waste was also not being segregated.

Ikea has been fined ₹ 11,500 by the civic authorities.

“We apologize for the unfortunate experience. We are investigating the matter and will take immediate corrective action. At Ikea, we have the strictest guidelines when it comes to food quality as customer health and safety are something we care about deeply," Ikea has said in a statement.

Ikea’s Hyderabad restaurant serves a plate of veg biryani at ₹ 99, a samosa at ₹ 10 while a plate of meatballs costs ₹ 149. Besides Indian food, Ikea is also serving Swedish delicacies.