Beijing/Lisbon: Chinese state-owned oil company Sinopec Group extended its interests in Brazil’s deepwater oil finds on Friday with a deal to pay $3.5 billion for a 30% stake in the Brazilian unit of Portuguese oil company Galp Energia. 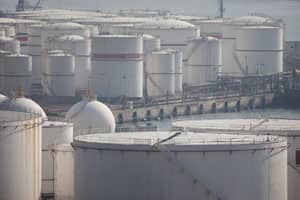 Galp had been expected to raise €2 billion from selling a 20% stake.

“For Sinopec, there are not many opportunities to grow in the traditional domestic upstream oil and gas sector -- overseas acquisition is an area to find growth," said UOB Kay Hian analyst Yan Shi.

“It will benefit Sinopec on upstream reserves, and reduce risks in its money-losing downstream operation."

“The implied values of Galp assets from that deal are disappointing. Repsol got $5.6-5.8 per barrel of reserves and this deal works out at $3.9 per barrel," said Pedro Pintassilgo, fund manager at F&C in Lisbon.

“The initial slump of over 10% may be a bit of a shock reaction, so the stock could recover a bit, but it was a big disappointment," he added.

Galp said the deal valued its total existing assets in Brazil at $12.5 billion.

“This capital increase significantly strengthens Galp Energia’s capital structure, fully securing its funding needs for the future expansion and development of its upstream activities," Galp said in a statement.

Galp is a minority partner with Petrobras in key offshore discoveries including the vast Lula field, formerly known as Tupi, as well as the Cernambi and Iara finds.

Under the agreement, Sinopec’s wholly owned unit, Sinopec International Exploration and Production Corp (SIPC), will take new shares to be issued by Galp and assume shareholder loans, Sinopec Group said in a statement.

The transaction must be approved by the Chinese government.

Sinopec’s overseas acquisition strategy is partly guided by the desire to build up scale in certain countries, including Brazil, said a company official who declined to be named.

Sinopec Group is the parent of Hong Kong-listed and Shanghai-listed China Petroleum & Chemical Corp (Sinopec). The group does overseas upstream oil and gas investment and operations via its wholly owned unit SIPC.

Sinopec was advised by Societe Generale, while Galp Energia was advised by Bank of America Corp, J.P. Morgan , UBS Caixia BI, a source familiar with the matter said.