Mumbai: Germany’s largest lender, Deutsche Bank AG, aims to increase the share of investment banking and consumer finance in its India revenue pie to as much as half from one-third. 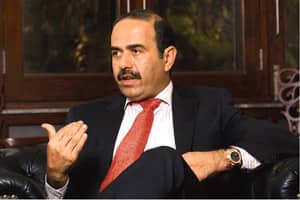 According to Chadha, the only constraint is the scalability of its branch network. The bank has 13 branches and plans to double its network in the next few years, provided the banking regulator gives its nod.

“In the consumer banking space, foreign banks are at a disadvantage when it comes to reach, as the Reserve Bank of India (RBI) annually sanctions around 12 branches to all foreign banks," said Saurabh Tripathi, partner and director at the Boston Consulting Group.

Foreign banks in India account for around 7% of banking assets. RBI had announced in 2004 that it would reconsider the role of foreign banks in India and many in the industry were expecting a larger play of overseas lenders by 2009, but the central bank has not made any change in the norms in the wake of the global financial meltdown.

Deutsche Bank is committed to expanding its retail business in India, putting to rest speculation about the lender exiting the segment. The bank has roughly half a million customers between its credit cards and branch banking businesses.

It is sourcing new home loans and equally reopening doors on personal loans and branch banking, which is the basis of mobilization of current and savings accounts and wealth management.

The bank runs a retail book of $300-400 million (around Rs1,395-1,860 crore). On the assets side, secured mortgages and unsecured personal loans account for half and half.

“Within retail banking, our mortgage business is already profitable, branch banking is breaking even, and while the personal loans business bore the brunt of industry delinquencies, it is on the right trajectory since mid-2009 into 2010," Chadha said. “We are on the path towards profitability in our retail business in India.’’

While a few other foreign lenders, led by Citi, are going slow on retail loans, Deutsche Bank has a different strategy. “It is very easy to sit back and extrapolate the future based on the most recent past, which is what some would do, for example, to deduce that mortgages are profitable over the long term and personal loans are value destroying. While the future should take cues from the most recent past, it cannot be the most decisive factor in the choice of a bank’s future business strategy," he said.

“At a time when many players are withdrawing from the unsecured place and if you are the single player, you tend to gain as you can pick better," Tripathi pointed out.

The lender, which has 8,000 employees in India, has emerged stronger from the global financial crisis, said Chadha. The bank has a capital adequacy ratio, or ratio of capital to risk-weighted assets, of about 17% and is willing to pump in more capital if required.

In 2008-09, Deutsche Bank infused Rs324 crore of core capital, taking the aggregate capital in its Indian branches to over Rs4,300 crore.

The bank also plans to increase its headcount in India, and rewards are linked to performance.

“One has to recognize that globally, and rightly so, there is a lot of pressure on the basis of compensation. What is happening globally is also happening in India now—the performance benchmarks on which talent gets rewarded are not only based on profitability but also on risk taken and capital,’’ he said.

According to Chadha, at the junior- and middle-management levels, fixed pay is going up and the bonus is coming down, and at the senior level, a large proportion—about three-fourths of the compensation package—is being given as deferred payment.