RA Mashelkar | For me, it&#8217;s national interest that comes first

RA Mashelkar | For me, it’s national interest that comes first

Former director general of the Council of Scientific and Industrial Research (CSIR) R. A. Mashelkar, who chaired the technical experts group (TEG) on patent law constituted by the government, has been dragged into a fresh controversy. 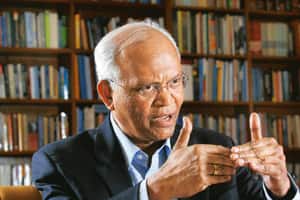 Protecting technology: There should be rigorous norms for examining applications from the drugs sector to prevent frivolous patents, says Mashelkar. Abhijit Bhatlekar / Mint

Correa’s 2000 paper, referred to in the TEG report, had suggested that countries such as India that did not recognize product patent protection for drugs, could not continue to exclude all drugs or even a set of them, such as essential medicines, once the TRIPS agreement was fully implemented.

Groups lobbying against the TEG report allege that it has misinterpreted the Argentinian author to support its views.

While the generic drug lobby and some healthcare groups fear that Mashelkar’s report could prompt grants of frivolous patents in India, there are others who say the genesis of the whole controversy is the overdependence of TEG on outside views on TRIPS in the absence of intellectual property law experts on its panel. TEG had three scientists and two lawyers on its panel.

In an interview on Monday, his first after the controversy erupted, an unfazed Mashelkar said the controversy is uncalled for and it’s all about people’s perception. He also said every effort should be made to prevent granting of frivolous patents. Edited excerpts:

Correa claimed that TEG bases its conclusions on his report. Is it true?

Mission 2047: How to bring Indian women into the workforce

That TEG has not based its conclusions solely on Correa’s report is clear from the fact that even before citing any report or any person, including Correa, TEG begins its analysis and makes conclusions with a categorical statement by interpreting the crucial Article 27 of TRIPS. Under this, limiting of the grant of patents for pharmaceutical substances only to new chemical entities or new medical entities may prima facie amount to excluding a field of technology, even if they satisfy the basic requirements of patentability. We said in the report that “in such a situation, it is possible to hold the provision as not TRIPS-compatible."

The TEG report and views expressed by Correa lead to almost the same conclusion, though the contexts of these two reports vary. So what’s the trigger for the controversy?

Correa’s report was dealing with the issue of whether it would be TRIPS-compliant for some countries to exclude all pharmaceutical inventions altogether or a set of them, such as essential medicines. But TEG’s mandate was to see as to whether it would be TRIPS-compatible to limit the grant of patent for pharmaceutical substance to new chemical entities or new medical entities, involving one or more inventive steps.

TEG, on the other hand, concludes that it’s debatable as to whether national interest or the flexibility allowed under the agreement to member countries would be accommodated by such statutory exclusion of an entire class of inventions without violating TRIPS.

I do not know what all the fuss about a misquote was.

So the TRIPS’ legal implications of an outright exclusion of any class of inventions is the same. Is there any difference in the remedies proposed by both Correa and TEG? Or does Correa’s proposal protect the national interest better?

Even the remedies that Correa and TEG propose are exactly the same. Correa says patent offices and courts can apply more stringent criteria to determine innovations. TEG concludes that Indian patent office has the full authority under law and practice to determine what is patentable and what is trivial with no significant additional inputs or inventions leading to patients’ benefits.

In fact, TEG goes even further by concluding that detailed guidelines should be formulated and rigorously used by the Indian patent office for examining patent applications in the pharmaceuticals sector so that the remotest possibility of granting frivolous patents is eliminated.

Correa, in his report for International Centre for Trade and Sustainable Development, created a guideline for the examination of pharmaceutical patents, which is exactly what TEG has proposed.

No one prevents our patent office to draw up an even more stringent guideline than Correa has. In fact, I would love to see them doing that.

Do you think inclusion of an intellectual property law expert in the TEG would have helped making the report more comprehensive? That would have possibly helped in avoiding outside references.

TEG was very lucky to have two legal luminaries from India on the committee—Moolchand Sharma, vice-chairman of the University Grants Commission, and N.R. Madhava Menon, a living legend of law. TEG benefited enormously from the deep insights and accurate judgements of these legal luminaries.

Do you suspect a national or international conspiracy behind the current controversy?

No. Our mandate was to determine whether it would be TRIPS-compatible to limit the grant of patent for pharmaceutical substance to new chemical entity or new medical entity involving one or more inventive steps. We were asked to do a legal interpretation in the context of the prevailing TRIPS provisions and the flexibilities available. Why should a conspiracy arise, when the issue of a straightforward legal interpretation is being addressed?

How relevant is the argument that TEG report failed to address national interest?

This accusation is totally wrong. In fact, after concluding that any statutory exclusion of an entire class of inventions will not be TRIPS-compatible, TEG has explicitly stated that every effort must be made to provide drugs at affordable prices to the people of India.

Further, every effort should be made to prevent the grant of frivolous patents and evergreening (a practice of extending the life of a patent of a known drug through incremental innovations). Detailed guidelines should be formulated and rigorously followed by the Indian patent office to eliminate the remotest possibility of granting frivolous patents. What more could one do to protect national interest?

You first submitted the report in 2006. How do you look back at the past three years?

Hurt by some personal attacks on my integrity, I resigned as the chairman of TEG in March 2007. But the government didn’t accept the resignation. It insisted that I chair the committee and submit the report. It waited patiently for two years. This trust was truly gratifying.

The fact that the government accepted the TEG report in toto vindicated my stand, and I feel happy.

You have always been a proponent of patents for inventions as that’s the way to develop science and encash the country’s scientific capability. Has this image made the critics doubt TEG’s national interest perception?

I don’t think so. It’s true that I have been instrumental in transforming the attitude of several Indian scientific institutions, including all CSIR labs and even organizations outside its ambit, encouraging them to protect their inventions from being commercially exploited by outsiders.

For me, it’s always national interest that comes first. I always had irresistible offers from abroad, which I rejected only on grounds that they were not on my priority list as an Indian scientist. Also, I have never been biased as far as technology developments and its protection are concerned.

I chair the Innovation Council of the country’s largest private company, Reliance Industries Ltd, and at the same time I head National Innovation Foundation, which looks at small technologies meant for social development and welfare of the poor.