New Delhi: Canadian coal mine developer CIC Energy Corp has agreed to be sold to India-based Jindal Steel & Power Ltd for C$116 million ($114 million) in cash, more than a year after ending an agreement with JSW Energy Ltd .

Indian power company JSW in November 2010 offered to buy CIC for C$422 million, but the deal was terminated about eight months later, forcing CIC to look for other buyers. 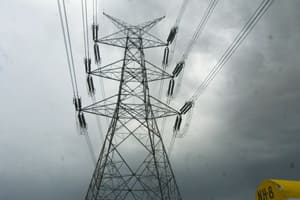 CIC’s Mmamabula coal field in Botswana has an estimated mineral resource of about 2.4 billion tonnes, giving Jindal Steel much-needed fuel to power its plants in India.

Chairman Naveen Jindal told Reuters in June that Jindal Steel was looking at coal and iron ore projects in South America, Africa and Australia as part of its aim to increase its self sufficiency in steel raw materials.

CIC, which is being advised by Deutsche Bank Securities Inc, said the companies have set a termination fee of about C$3.5 million if the deal is not closed under certain circumstances.