Thanks for Visiting Mint
You seem to have an Ad Blocker on. Please turn it off in order to continue, or whitelist Mint
HOW TO TURN OFF AD BLOCKER
OR
REFRESH IF YOU ALREADY TURNED OFF THE AD BLOCKER
Home >Companies >Wipro to expand furniture business

Mumbai: Wipro Furniture, a part of Wipro Consumer Care and Lighting Group (WCCLG), may be considering at least two acquisition targets—a Bangalore-based furniture brand and another overseas chain—to strengthen its presence in the office furniture market, according to two people close to the development.

Both spoke on condition of anonymity. “These acquisition targets are below $25 million," said one of the two persons cited above. “The firm is keen to expand into non-information technology (non-IT) markets, particularly in the furniture business, which has grown despite an overall slowdown in the market," said the other person. 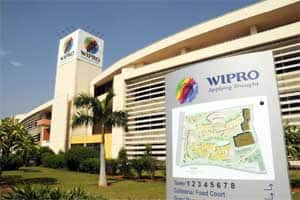 A file photo of Wipro at Gachibolly, Hyderabad

While IT services accounted for 78% of the total revenue in the same period, its non-IT revenue, including consumer care and a small share from its infrastructure engineering arm, has grown over the past eight years.

Vineet Agrawal, president, WCCLG, declined to comment. “No comment. We will look at acquisitions if they make sense to us, otherwise not."

The domestic office furniture market is growing rapidly as global firms are bringing their systems and practices. Indian office furniture production is estimated at $1.6 billion, with the organized sector having a share of only 15%, according to the Centre for Industrial Studies, an economic research institute which specializes in market research.

Defined commercial space has evolved well in the last few years and firms are investing a lot more in office space, said Saloni Nangia, president at Technopak. “Lots of offices—be it for research, BPOs (business process outsourcing), KPOs (knowledge process outsourcing) and IT industry—have come up, and there is a huge impetus in demand for office furniture," she said.

Acquisitions are not new to Wipro, which has specialized in a so-called “string-of-pearls" strategy. Nine years ago, Wipro’s consumer care and lighting acquired Glucovita, a glucose powder brand, from Hindustan Unilever Ltd (then called Hindustan Lever Ltd) for an undisclosed sum.