The media liability market in the country is evolving

The media liability market in the country is evolving

New Delhi: Media liability insurance may not be a big business in India, but it will grow, says Aruno Rajaratnam, an expert on media liability insurance products, and managing director (financial institutions and executive risks) for Asia, Willis (Singapore) Pte Ltd. In an interview, she spoke on the need for such policies. Edited excerpts:

Media companies need such policies because in many main insurance covers, defamation is an exclusion. For instance, a general liabilities policy covers third party issues but it does not cover your own advertising errors and omissions. There is a limited cover under other policies. Similarly, directors and officers liability policy covers only directors, not the company and its employees. 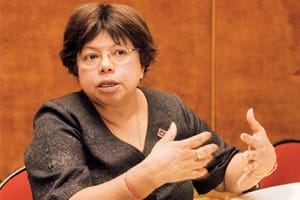 In India, there has been an explosion in the media business. For instance, everything is now multimedia. What impact does this have on the business?

Multimedia cover is a common policy in other jurisdictions. If we look at the make-up of some of the companies, the same corporation runs a TV station, publishes magazines and can act as a printer too for foreign newspapers. This makes insurance cover important. We actively do multimedia policies in Malaysia, Singapore, Thailand and Hong Kong.

Are premiums higher on global policies for liability coverage?

Yes. If you decide to limit your jurisdiction to India you will pay a lesser premium than you opt for worldwide cover. A claim in Australia or any foreign place can wipe out a lot of money. Rating is also based on geographical spread. It depends on what’s your reach and whether you have any control over people writing for your website. If you plagiarize from a foreign company you can get sued...

How is the jurisdiction decided?

Under long arm of US jurisdiction, if you hurt an American, they will find jurisdiction over you in some way or other. A subsidiary, an agency or a bank account is good enough to find a jurisdiction in the US.

Does liability cover increase the cost of delivery of media services to a customer?

Companies generally allocate budgets for insurance policies. The cost of cover, therefore, hasn’t pushed up the cost of delivery at all.

How much premium is charged for such policies?

Indian markets are cheaper. In fact, in Malaysia there are huge number of defamation cases against newspapers and magazines. As far as a ballpark figure is concerned, it is $5,000-8,000 (about Rs2-3.5 lakh) per million of insurance cover. If the company is small, the premium would be around $1,500-3,000 per million... Indian companies are still at the lower end of this band.

How big is the media liability insurance market in India?

Tata AIG and HDFC Ergo have issued some policies in India but they don’t take big limits. They have not exceeded the US cover of $2 million or $3 million as the maximum cover. The market is evolving.

Even if you are not an international company, the Web means you are international. Does this increases the risk for media companies?

The Web has a borderless impact on defamation. A lot of suits happen from things you said on your website.

Does it make more sense for an investor to look for firms covered by media liability insurance?

It’s a good corporate step. It protects corporate assets and revenues because the aim of the policy is to protect companies from any catastrophes. If a company is listed on the New York Stock Exchange, it is required to take out such a policy.

Blogging, in some cases, is becoming a sizeable business. Can individual bloggers also be covered?

Why don’t we hear about big defamation awards in India?

When a case suddenly goes silent, it is mostly settled it out of court.