SKS to shift base out of AP

SKS to shift base out of AP

Mumbai: After battling to stay afloat for one-and-a-half years since a state law led to a sizeable loss of business, SKS Microfinance Ltd, India’s only listed microfinance institution (MFI), has decided to move base from Hyderabad to Mumbai. 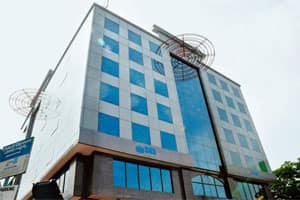 The decision, taken in a board meeting on 7 May, was intimated to the bourses on the same day.

The company has been watering down its Andhra Pradesh loan portfolio with each successive quarter and focusing on new markets and financial products.

In the meantime, SKS will move its registered office to another address in Hyderabad to save costs.

SKS, which announced its results on 7 May, reported a net loss of ₹ 330 crore for the March quarter on account of a ₹ 272-crore write-off on its Andhra Pradesh portfolio.

On a year-on-year basis, SKS’ non-Andhra Pradesh portfolio grew 11% to ₹ 1,320 crore in the same quarter.

P.H. Ravikumar, SKS’s non-executive chairman, said one of the lessons for SKS from the crisis in Andhra Pradesh was to not have exposure in excess of 10-15% in a single state.

Ravikumar gave two reasons for the proposed shift. The first being that SKS was now present in 14 states, and Andhra Pradesh was no longer its biggest market.

“Our portfolio in Andhra Pradesh was around ₹ 1,400 crore, and now only ₹ 236 crore of it is left on our books. The rest has been written off," Ravikumar said. “Andhra Pradesh is now only one of the many states that we are working in."

The second reason was that since the firm was now a national financial services company, it was logical to move its nerve centre to a city like Mumbai, where access to capital is easier.

In the wake of a spate of suicides allegedly linked to coercive recovery tactics used by microcredit lenders, the Andhra Pradesh government passed a law in October 2010 imposing strict restrictions on the way MFIs did business in the state.

Following this, the recovery rates in the state fell to 10% from 95% earlier.

Before the crisis, Andhra Pradesh accounted for more than a quarter of the ₹ 20,000 crore microlending industry in India.

SKS may continue to use Hyderabad as a location for its back-office where process-driven functions can be carried out, but key executives will, eventually, have to move to Mumbai, Ravikumar added.

The interim shift to a new office in Hyderabad was necessary since it would take around six months to obtain the requisite approvals for the eventual relocation to Mumbai and SKS needs to save on costs till then.

Shifting to the new premises in Hyderabad is expected to help SKS reduce rental expenditure by 50%.

In an interview in March, Ravikumar had said SKS will consider shifting its head office out of Andhra Pradesh as the legal structure wasn’t conducive to the company’s operations.

The company lost its position as the largest Indian MFI by loans to Kolkata-based Bandhan Financial Services Pvt. Ltd in September.